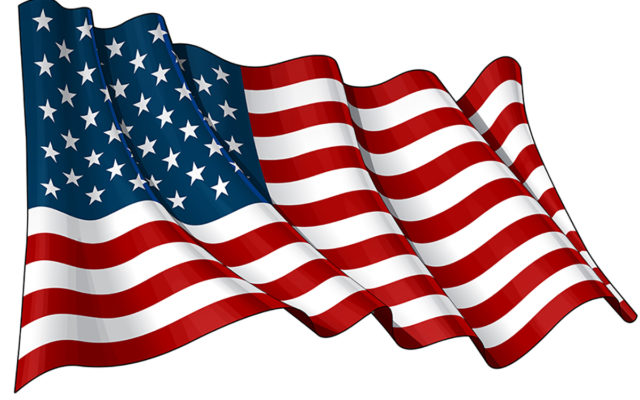 Veterans Day is one of the most sacred days on our national calendar. Across the land, grateful Americans pay tribute to the brave men and women who have defended our freedom throughout our history.

Nowhere will Veterans Day 2022 have more meaning than in the town of New Vineyard in Franklin County. That is when Army Air Forces Sergeant Zelwood Gravlin returns home for burial 79 years after he perished in the skies over German-controlled Romania during World War II.

Sgt. Gravlin was a gunner on the B-24 Liberator bomber “Four Eyes” that was shot down on Aug. 1, 1943, during Operation Tidal Wave that targeted the Romanian oil refineries that fueled the Nazi war machine. Fifty-one of the 177 B-24s on that harrowing raid did not return. Sgt. Gravlin’s remains were first interred in a Romanian cemetery and then at an American Military Cemetery in Belgium, before being positively identified this summer.

This remarkable event underscores the commitment of the American people that the men and women who serve our country will always be honored and, no matter how many years pass, they will never be forgotten.

In observance of Memorial Day last May, the Bangor Daily News published a fascinating story profiling four Maine recipients of the Medal of Honor, the highest award for valor in action.  Veterans Day is an opportunity to recount the stories of their heroism.

Fisherman Andrew Tozier served in the 20th Maine Infantry Regiment under Lt. Col. Joshua Chamberlain. At Gettysburg, he was the Regiment’s color bearer. During the decisive stand Chamberlain led at Little Round Top, Sgt. Tozier stood at the center of the regiment with the regimental flag tucked in his right elbow while he returned fire on the attacking Confederates in defense of his comrades.

After the war, Tozier was adrift and fell into a life of crime, stealing cattle and other property. When he was arrested, Chamberlain, then governor of Maine, took Tozier and his wife into his home and helped him turn his life around. In addition, Gov. Chamberlain, a Medal of Honor recipient himself, recommended Tozier for the Medal for his bravery at Little Round Top. Veterans helping fellow veterans remains an American tradition.

The story of another Medal of Honor recipient brings us to World War II. Before the war, Edward Dahlgren worked as a seed potato inspector in Maine’s Aroostook County. He enlisted in the Army in 1943 and served with the 36th Infantry Division. On Feb. 11, 1945, in France, Sgt. Dahlgren led the rescue of a unit surrounded by German forces, repeatedly attacking enemy positions alone and capturing nearly 40 prisoners. His Medal of Honor citation credits his “bold leadership and magnificent courage” for repulsing an enemy attack and saving an American platoon from great danger.

Charles Loring of Portland distinguished himself in both World War II and the Korean War. In December of 1944, he was shot down over Belgium and spent six months as a prisoner of war. Major Loring returned to combat duty in 1952, flying an F-80 jet fighter in Korea. Leading a patrol on Nov. 22 of that year, he spotted a concentration of enemy artillery that was pinning down UN ground troops. As Loring began his bombing run, his plane was severely damaged by anti-aircraft fire. Rather than abort his mission and leave the ground troops in danger, Loring dove his damaged aircraft into the enemy position. He was killed instantly, but his action resulted in the complete destruction of the threat. When Major Loring’s widow was presented the posthumous Medal of Honor by President Eisenhower on May 9, 1954, it was announced that the new Air Force base in Limestone would bear his name.

Gary Gordon of Lincoln was immortalized in the book and movie “Black Hawk Down.” On Oct. 3, 1993, while serving in a peacekeeping mission in Mogadishu, Master Sgt. Gordon and fellow sniper 1st Sgt. Randy Shughart took action to rescue the crews of two Black Hawk helicopters that had been shot down by Somali gunfire.

Heavily outnumbered and outgunned, Gordon and Shughart fought their way to the first helicopter, pulled the crew from the wreckage, and defended their position until they ran out of ammunition. Both gave their lives defending their fellow soldiers, and both earned the Medal of Honor. Last year, I had the privilege to join in the dedication of a memorial to Master Sgt. Gordon in his hometown of Lincoln.

Although separated by many years and theaters of combat, these heroes share the common bond of uncommon valor. They are powerful reminders that our nation has been blessed throughout our history by ordinary citizens who possess the character and the strength to do extraordinary things.