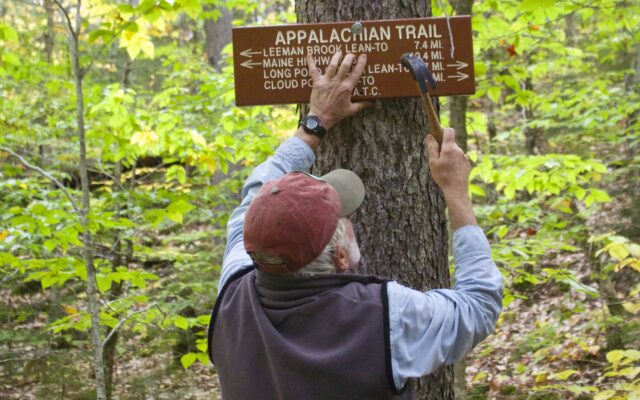 Valerie Royzman • November 2, 2022
DOVER-FOXCROFT, Maine — The Maine Appalachian Trail Club is seeking financial support from Piscataquis County to help maintain the trail and fund crew members who oversee popular spots like Gulf Hagas. Brad Deane, a district manager for the club, told commissioners during Tuesday’s meeting that he was asking for funding from Piscataquis County, which commissioners have approved in the past.

Brad Deane, a district manager for the club, told commissioners during Tuesday’s meeting that he was asking for funding from Piscataquis County, which commissioners have approved in the past.

The club maintains 267 miles of the Appalachian Trail in Maine and about 130 miles are in Piscataquis County, Deane said. It also funds a club coordinator who works 30-plus hours each week, a crew that handles rock work along the trail and a person to support summertime visitors to Gulf Hagas.

The rocky gorge — often called the Grand Canyon of Maine — is a huge economic generator for the county, the Greenville area and the Brownville-Milo area, he told commissioners. It is a popular recreational destination for Maine residents and tourists alike.

“There are actually hundreds of people who visit every weekend in the summer,” Deane said, noting it costs the club $22,000 to hire a person to work there.

During the budget cycle last year, members of the public questioned why the club was receiving so little considering its long, positive track record and economic benefit to the county.

Deane did not request a specific amount of funding or give details about the Maine Appalachian Trail Club’s financial status, but he said less federal funding will be available in the future.

The Maine Appalachian Trail Club, a nonprofit run by volunteers, was established in June 1935. It’s responsible for structure design, construction and maintenance, including campsites, on most of the trail, according to its website. It has a limited role in Baxter State Park and is not responsible for 14 miles of trail south of Grafton Notch. The club also monitors activities in the Appalachian Trail corridor and educates the public about the section in Maine.

The National Park Service provides some funding to pay for the crew responsible for rock maintenance, he said, but it doesn’t cover all expenses. For example, it costs about $125,000 to pay the crew, and the federal funding is short by about $40,000, he said.

“In the year 2025, we have zero funding from the National Park Service,” he said. “Welcome to the federal government, I guess.”

People often confuse the Maine Appalachian Trail Club with two other organizations, so part of Deane’s visit was to clarify the differences.

James White, chairman of the commissioners, asked Deane to attend the budget committee meeting Thursday in Dover-Foxcroft. The club’s presentation last year was not effective, and it would be beneficial to speak to those overseeing the county’s budget, he said.