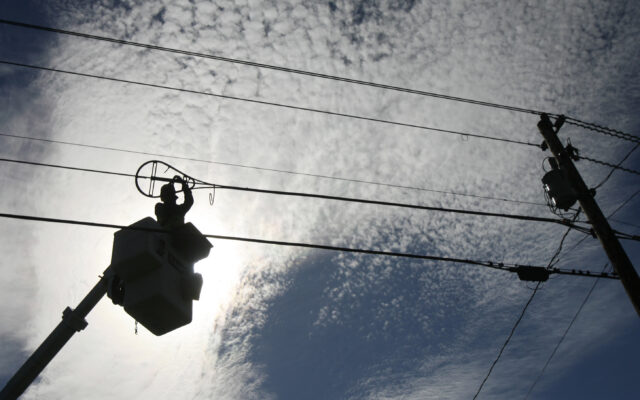 Piscataquis commissioners say no a 2nd time to broadband

Valerie Royzman • October 19, 2022
DOVER-FOXCROFT — Piscataquis County Commissioners rejected a proposal to bring broadband to residents, specifically those in unorganized territories, for the second time Tuesday. Dover-Foxcroft Town Manager Jack Clukey, who along with several others has led the Maine Highlands Broadland Coalition since summer, asked commissioners to support unorganized territories being included in broadband grant applications the group will submit to the Maine Connectivity Authority next month.

DOVER-FOXCROFT — Piscataquis County Commissioners rejected a proposal to bring broadband to residents, specifically those in unorganized territories, for the second time Tuesday.

Dover-Foxcroft Town Manager Jack Clukey, who along with several others has led the Maine Highlands Broadland Coalition since summer, asked commissioners to support unorganized territories being included in broadband grant applications the group will submit to the Maine Connectivity Authority next month.

Rural communities in the region have long struggled with internet access. But broadband would add value long into the future in terms of running a business from home or telemedicine, Clukey said. It would also result in increased property values down the line.

Including the unorganized territories would account for 1,100 locations and make the applications more competitive, Clukey said. Two vendors, Premium Choice Broadband and Consolidated Communications, have expressed serious interest in serving all of Piscataquis County and surrounding areas, he said.

“We want you folks to be aware that this isn’t [like] a year ago or two years ago,” he told commissioners. “We’ve actually got a lot of focus. There’s a lot of financial resources, and the two vendors, by collaborating, are able to look at their networks and see the most cost-effective way to extend each of their networks to conceptualize this network buildout. We really feel that it’s a unique opportunity to try to get fiber to the home throughout this region.”

Earlier this year, commissioners rejected funding that would have allowed the county’s economic development council to proceed with a broadband expansion project. In April, they introduced a rebate program instead. At Tuesday’s meeting, Clukey asked for the commissioners’ support as the broadband coalition — which includes Dover-Foxcroft, Dexter, Corinna and other towns — prepares to seek some of the $70 million the state has available to run fiber to unserved locations.

If the vendors had cost-effective strategies, they wouldn’t be asking for money, said James White, chairman of the commissioners.

“There is a lot of misinformation in what you just presented,” he told Clukey. “If you’re unaware of that, you need to go back and understand what you’re looking at. If you’re not unaware of that, then shame on you.”

Commissioners set aside money for residents in unserved locations, including the unorganized territories, White said, referring to the rebate program that would reimburse up to 50 percent of costs to purchase internet hardware not exceeding $300. Only six people have taken advantage of the program in six months, he said.

The problem with fiber is that other alternatives to receiving internet, such as radio frequency technology and satellites, are being ignored, White said. This was one of his criticisms of a $60,000 broadband study, spearheaded by the Piscataquis County Economic Development Council and released in December 2021, that identified gaps throughout the county and how to fill them.

“When you’re talking about the UTs [unorganized territories] and the thousands of miles of roads we have, you’re talking about a tremendous amount of taxpayer money that will get damaged in storms, that will be a huge cost to maintain,” White said. “This is all coming out of our pockets. This isn’t just money from heaven.”

Clukey said one of the reasons why so much money is going into this broadband effort is because it isn’t about what the tax rate will be next year but rather what it will be a decade from now.

“People in the future are going to look for this capacity out in the rural areas so that they can bring their job to Piper Pond or wherever,” he said.

White said the commissioners constantly deal with bait-and-switch that says Piscataquis needs people with high-paying jobs, and when they offer alternatives, they’re hit with people who say the county needs cheap internet for residents living in poverty.

The commissioners are ignoring 1,174 or some number of citizens who are not able to participate in the 21st century, said Chris Maas, who has helped lead the broadband coalition and is involved with a number of other groups in Dover-Foxcroft. He questioned if the commissioners are OK with that.

White said that is false and that it’s the kind of false pretense that the fiber project has been sold on. Another commissioner chimed in that there are other internet alternatives besides fiber.

Commissioners reiterated that they have committed their American Rescue Plan Act funds to other projects, like radio communications upgrades for the county’s emergency responders. Even if the commissioners cannot provide a financial contribution on behalf of the unorganized territories, their support of the coalition’s efforts and permission to name the areas in grant applications would be welcome, Clukey said.

“We feel that we’re going to put forward a very competitive application and are hopeful that we can receive some significant funding,” he said.