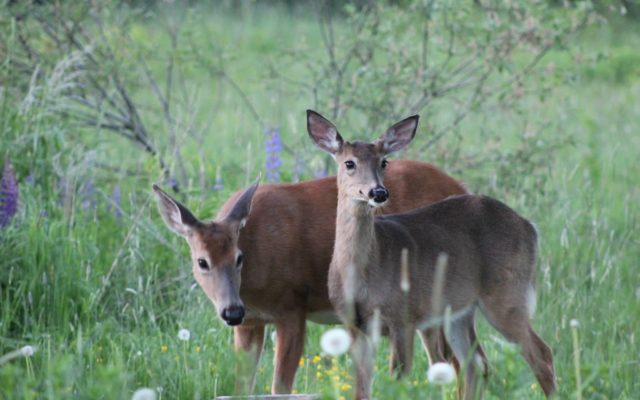 Has modern technology made hunting too easy?

Contributed • September 19, 2022
By Chris Sargent I can still vividly recall my first deer hunt.  The year was 1995, and I was 10 years old, finally able to legally participate in Maine’s annual deer season.

I can still vividly recall my first deer hunt.

The year was 1995, and I was 10 years old, finally able to legally participate in Maine’s annual deer season. This was a benchmark day in my life and as near as I could figure, somewhat of a ritualistic entrance into manhood. The anticipation had built for weeks as I dreamed constantly of chasing deer with my father and readied my gear in preparation. The previous evening, everything was laid out on the dining room table and finally, during an early morning hour I’d not seen until that day, it was time to ready myself for the big day.

The gear back then was so simple. Like most my age, I received coveted hand-me-down hunting clothes. A too-big wool jacket and pants, handknit orange mittens with a thumb and trigger finger as well as a gas station orange beanie and vest to satisfy the state’s fluorescent orange requirement. A pair of old state-issued size 10 Danner boots slid onto my size eight feet to complete the ensemble.

A fun-sized Snickers bar and a few Tootsie Rolls for the day’s sustenance found their home in a jacket pocket.

My father, a Maine game warden, required three essential items be carried during any woods outing — a compass, knife and lighter — that all found their way into various pockets.

The weapon of choice, or rather opportunity at the time, was a borrowed single shot .410 shotgun of unknown manufacture. Though marginal for its intended quarry, I believed at the time it could bring down a bull elephant.

A handful of 3-inch slugs were slipped individually into pockets so as to prevent unnecessary clacking. My junior hunting license proudly nestled into a breast pocket and we were off.

We filled no tags that day. In fact, three years would pass until I finally got the chance to roll proudly into a tagging station parking lot with my first deer in the back of the truck. The small doe represented, at the time, what I truly felt was the culmination not of several years’ worth of failures but rather experience, knowledge and skill acquired through hard work and perseverance.

The only upgrade to my arsenal of equipment and gadgetry then was a Browning A-Bolt Medallion .308 rifle wearing a Bushnell Banner 1.54 – 4.54X32 scope, purchased with funds earned from a summer’s work with a local firewood processor. It was my prized possession at the time and is still my do it all, go-to rifle of choice, though modestly upgraded with a Leupold VX-Freedom 3-9X40 scope.

As I reflect on those days, it seems astonishing, at least by today’s standards, that anyone even saw a deer, let alone put a tag on one.

How could we have? We had no cellular trail cameras to prove there were actually deer in the woods. No way to identify specific deer, assign them witty nicknames, pinpoint their routine and issue them warrants as “Target Bucks.” No laser range finders to ensure we knew how far potential shots would be.

How was success ever found without a digital game call and hunting applications on a cell phone? How did we ever pacify ourselves during a cold afternoon sit? How did we not freeze to death without synthetic base layers, battery-operated socks, and undergarments? We had to sit on the ground, exposed to the elements rather than in a portable hunting blind, warmed by a Mr. Buddy heater.

There was no digital camo to ensure we would blend in precisely with the given environment. There were no range-finding or red dot optics on rifles, and we even had to carry our binoculars around our necks or in a pack, rather than in a multi-point chest harness.

When you think about it now, it seems like utter antiquated hunting chaos. Was it really, though? Or, was it perhaps just a closer relationship to the idea of “fair chase?”

Since its inception, hunting and its equipment have constantly been upgraded by mankind to help gain a better edge on our quarry.

We can assume this will always be the case but as technology and invention continue to progress, at what point will the hunting scales tip in our favor so heavily that fair chase ceases to exist and success becomes a guarantee?

Is it reasonable or fair to question whether such technological advances and luxuries in today’s hunting world have become a surrogate for learned and applied skill and knowledge?

Each hunter has their own individualized perception and assessment of what fair chase might be. For me, I think this year, my pockets will carry a few less gadgets and a few more Tootsie Rolls.