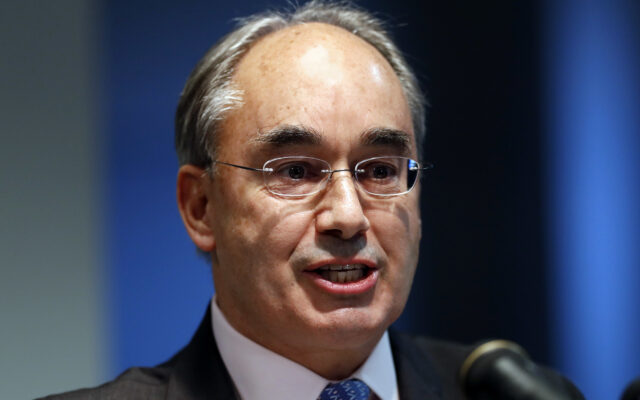 It will be the first time in four campaigns for the district dating back to 2014 that Poliquin will not be endorsed by the conservative gun-rights group, despite an A grade from the NRA in scores released Monday, while Golden got a B, the highest grade for any Democrat in Congress. Independent Tiffany Bond is also on the ballot in their ranked-choice voting race.

While Poliquin can claim the higher score, the NRA staying on the sidelines down the stretch in a gun-friendly district is another example of an endorsement judo marking Golden’s early campaign after bucking his party in high-profile votes on issues including guns.

The NRA endorsed former Republican Gov. Paul LePage in his race with Democratic Gov. Janet Mills, giving him an A grade to her C. Legislative Republicans overwhelmingly got the group’s endorsements, with exceptions including Senate President Troy Jackson, D-Allagash, who is running against Rep. Sue Bernard, R-Caribou, in a tough 2022 race.

The reasons for NRA endorsements are held closely by the group, which neither commented nor made the reasons for their grades public. But Golden has improved upon a testy relationship with gun-rights groups that marked his campaign with Poliquin in 2018 after a mixed record on guns in the Maine Legislature that gave him a D rating from the NRA that year.

The congressman entered office in 2019 by taking an early vote against a Democratic bill to expand the background check system, following it up with similar votes including another one in July against a semi-automatic firearm ban. He bucked the NRA in June to vote for a bipartisan gun, mental health and school safety measure in July, a likely reason for the B score.

While that bill was supported by Sen. Susan Collins, R-Maine, and the gun-rights Sportsman’s Alliance of Maine, Poliquin and House Republican leaders opposed it largely over funding in the measure for laws like one in Maine that allows police to seize guns from those in mental health crisis with a judge’s order.

Poliquin’s campaign contrasted Golden’s grade with Poliquin’s on Monday, when strategist Brent Littlefield said “A comes before B” and argued gun-rights voters should not have to wonder whether their congressman will back their interests in big votes.

Golden’s campaign shot back by noting his status as a Marine veteran and gun owner. While the congressman thinks felons and domestic violence perpetrators should have no access to guns, law-abiding Mainers have “an ally” in Golden, strategist Bobby Reynolds said.

“Bruce must be disappointed that, for the first time since running for the U.S. House of Representatives, that he’s not received the endorsement of the NRA,” he said. “Congressman Golden is proud of his record defending the Second Amendment.”

Alongside LePage, Golden also won the July endorsement of the Maine Lodge of the Fraternal Order of Police, a 750-member affiliate of an influential national group that generally supports Republicans. The Sportsman’s Alliance of Maine has not issued scores or endorsements in this year’s campaigns so far.