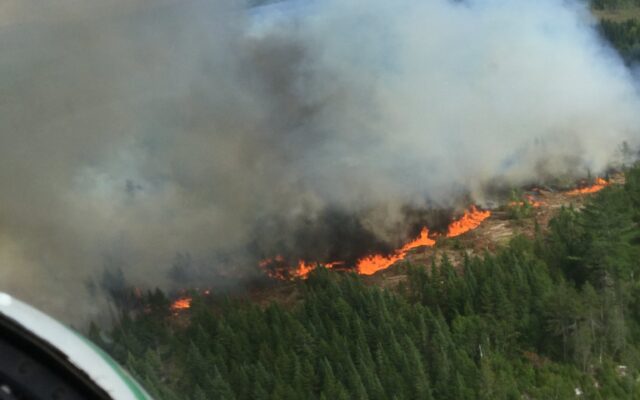 Contributed • September 14, 2022
By Lori Valigra, Bangor Daily News Staff Large-scale power outages are becoming more common across the country and in Maine as extreme weather, stoked by a warming climate, knocks out electricity to wider swaths of people. Between 2000 and 2021 some 83 percent of reported major outages in the U.

Large-scale power outages are becoming more common across the country and in Maine as extreme weather, stoked by a warming climate, knocks out electricity to wider swaths of people.

Between 2000 and 2021 some 83 percent of reported major outages in the U.S. were attributed to weather-related events, including hurricanes, severe winds and ice storms, according to data released Wednesday by Climate Central, a nonprofit science and journalism organization. Those outages affected 50,000 or more people for an hour or longer.

These outages have been increasing in Maine, with 12 alone reported in 2020, more than any year in the past two decades and totaling almost one-quarter of all of the state’s weather-related outages during that time. Maine ranks 19th among U.S. states in its number of power outages related to weather, which includes hurricanes, severe wind and heavy precipitation. Outages can disrupt work, cut off heat or air conditioning and create health and safety risks, especially the elderly and people with disabilities.

Climate change has exacerbated the risks of an aging power infrastructure that already is overloaded and that uses too much fossil fuel. ISO New England, the regional grid operator, in 2021 issued a stern warning that the region’s heavy use of natural gas to power its electricity could lead to rolling power outages if there are stretches of extremely cold weather.

The operator has not released its forecast for this winter yet, but the nonprofit New England States Committee on Electricity told ISO New England in a letter in August that it is concerned about the significant structural issues affecting winter reliability.

That vulnerability, along with the climate-related extreme weather, could cause outages affecting millions of people regionally and throughout the U.S., Climate Central said. It based its power outage data on information collected by the U.S. Department of Energy.

Major storms generally are associated with other areas of the country including Texas, which in February 2021 suffered record-low temperatures during a winter storm and an extended power outage affecting half a million people. But Maine also is vulnerable to weather extremes, Lauren Casey, a meteorologist with Climate Central, said.

“Maine is vulnerable to winter weather, hurricanes, extreme heat and wildfires,” she said. “You have all of those in Maine that are potential power-outage makers.”

Maine risks having wildfires especially during droughts, like the prolonged one this year. In July, Maine Forest Service rangers fought to keep a wildfire northwest of Greenville under control. The state already experienced 598 wildfires this year, according to the service, but none so far has been linked to extensive power outages.

Among the biggest storms causing the longest outages in Maine was an April 2020 snowstorm that dropped a foot of snow in many areas and left more than 250,000 Mainers without power for two days. An August 2020 tropical storm Isaias cut power to more than 70,000 Mainers for almost three days.

The longest outage of more than three days for many Mainers was the well-known high wind and heavy rain storm in October 2017 that left nearly half a million Mainers — more than one-third of the state’s population — without electricity. Many of the storms span the region, affecting Massachusetts and other New England states at the same time.

Maine had 53 major weather-related outages during the two decades studied by Climate Central, putting it in the middle of the pack among New England States, with Massachusetts having the most at 60 and Vermont the fewest at 41. Texas had the most with 180 and Puerto Rico had the fewest at one.

Casey said climate change is causing a warmer atmosphere that is more unstable. It holds more moisture that is likely to continue causing severe weather, she said.

She recommended homeowners consider buying a back-up generator if they do not already have one and keeping a bag of necessities, including extra water, on hand.

“The trends are showing that we are seeing increasing weather events and increasing major power outages, and it is likely that trends will continue as the atmosphere warms,” she said.