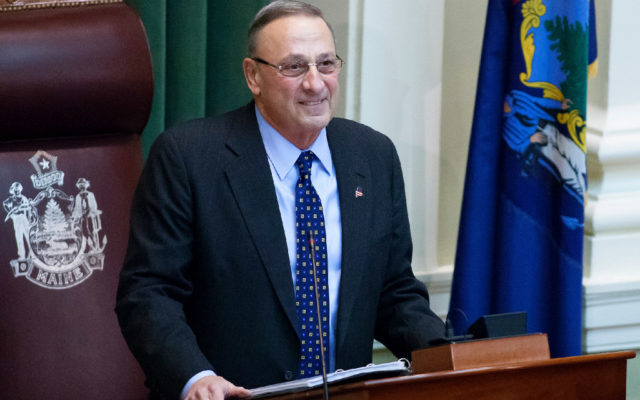 Former Gov. Paul LePage is running for his old seat on a vague promise of a “parents bill of rights,” but not all of his fellow Republicans in Augusta are convinced it is necessary.

His plan could gain prominence at a LePage fundraiser in Lewiston alongside Virginia Gov. Glenn Youngkin, whose watershed win over a former Democratic governor last year came after a campaign focused on an education platform that emerged from the worst parts of the COVID-19 pandemic and a conservative focus on social issues.

Many political observers tied Youngkin’s victory with suburban voters who wanted changes in the state’s schools. Educational issues have not been as pronounced in Maine, which has a history of local control that could rub up against efforts to change policies from the state level.

LePage, a Republican, has not attacked the issue in the same way, though it has been a key part of his pitch to voters in the Portland suburbs. A so-called “parents bill of rights” has been a main part of that conversation, occupying a page on LePage’s campaign website that mentions it without an outline and alongside policy suggestions that include a voucher program.

A spokesperson for LePage did not respond to questions about LePage’s education policies, saying the campaign would be rolling out that agenda at a future event. But the former governor has aligned himself closely with national conservatives’ concerns over schooling, including books on sexual education and gender identity.

He told the Bangor Rotary Club last month that explicit material was in schools. In the past, his campaign made clear that he was discussing sexual education books available in the Bonny Eagle Middle School library in York County that are being challenged by a citizens’ group there, citing a need to “make sure our schools are age-appropriate.”

As he seeks to oust Democratic Gov. Janet Mills in November, LePage said he was hopeful that the gap could be closed with parents of K-12 students as well as people who manage small businesses.

“Parents who have kids in schools are very upset with not having parents’ bill of rights, upset with school boards ignoring them for the most part around the state,” LePage said in an interview last week.

Rep. Heidi Sampson, R-Alfred, an arch-conservative LePage ally who has sat on the education committee for six years, agreed with his priorities, saying there should be an “open dialogue” in Maine between parents and teachers, although she did not know exactly what the former governor would be proposing.

“Parents bill of rights, I think, is absolutely necessary,” Sampson said. “Parents can’t get any information. Yet, they’re the ones paying the bill.”

But there are differences of opinion within the party. Rep. Paul Stearns, R-Guilford, a former superintendent who also sits on the education panel, said partisan media has played a large role in making concerns about what is being taught in the classroom into a “wedge issue.”

In Maine, curriculum is primarily decided by local school boards rather than state authorities, something that distinguishes it from many other states, Stearns said. While there may be examples of politicized topics getting into Maine schools, the present system provided parents a way to go to school boards and asked that it be reviewed, he said.

“Really, all they need to do is fall back and follow the process,” Stearns said.

The bill of rights idea amounts to LePage’s major policy initiative in a subject that he often discusses. He was elected in 2010 and quickly fulfilled a promise of enshrining charter schools in Maine, although they remain capped at 10 with majority Democrats in the Legislature fighting efforts to expand them.

Education has also been a focus for Mills, a Democrat who is the first Maine governor to preside over a state budget meeting the statutory goal of providing 55 percent funding for basic local K-12 school costs.

While Sampson and Stearns said education would play a prominent role in the November election, Rep. Michael Brennan, D-Portland, who chairs the education panel, said the bill of rights issue came to Maine as part of a conservative playbook.

“I, for one, don’t think it’s going to work and the issues that have been raised are clearly non-issues in the state of Maine,” he said. “Parents have open access to their children’s education through local school boards and we’re a local-control state.”