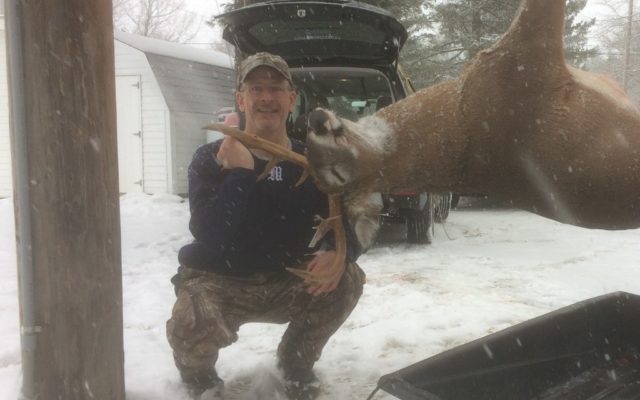 Contributed • August 31, 2022
By Pete Warner, Bangor Daily News Staff Hunters eagerly anticipated the release of antlerless deer permit winners by the Maine Department of Inland Fisheries and Wildlife. This year, the state has rolled out a new plan that it hopes will improve its ability to meet doe harvest goals, for which it has fallen short in recent years.

Hunters eagerly anticipated the release of antlerless deer permit winners by the Maine Department of Inland Fisheries and Wildlife.

This year, the state has rolled out a new plan that it hopes will improve its ability to meet doe harvest goals, for which it has fallen short in recent years.

Here’s what you need to know.

How many permits are there?

The state is providing 96,430 permits to shoot antlerless deer (or those with antlers less than 3 inches in length).

Even though the total number of permits is 37 percent fewer than the almost 154,000 handed out last year, DIF&W believes the modified structure will help it get closer to its harvest goals, which are evaluated annually and change based on numerous factors.

It hopes to get closer to its goal for managing the deer herd, especially in populated areas of central and southern Maine where the animals are most prevalent.

How do the permits work?

Hunters drawn for an antlerless permit may now harvest an antlerless deer in the Wildlife Management District for which they were chosen and, in a new twist, may also take a buck anywhere in Maine during the same season.

Previously, if a hunter shot an antlerless deer using a so-called any-deer permit, they were prohibited from continuing to hunt for a buck.

How will I find out if I received a permit?

DIF&W will release the names of the antlerless permit winners on Thursday, Sept. 1, at 9 a.m. and you will be able to find them on the Bangor Daily News website.

If selected, you must claim and purchase the permit ($12, plus a $2 agent fee) in order to use it. If you don’t do so by Sept. 29, your permit will be forfeited and sold to another person.

Upon making payment, permit winners will receive a permit number, which will be required when registering a deer.

Under the antlerless deer permit system, hunters are not allowed to swap or transfer their permit to another hunter.

Can I get more than one permit?

Whether you receive an antlerless permit or not, you will still have the opportunity to purchase one beginning in early October. They will be offered online at mefishwildlife.com on a first-come, first-served basis.

Then, if antlerless deer permits are still available after the start of the regular firearms season (Oct. 29 for Maine residents), DIF&W will notify hunters of that opportunity on its website and you may buy one additional antlerless permit.

Can I still hunt deer without a permit?

Antlerless permits are not required in some circumstances.

However, hunters who harvest an antlerless deer without a permit during the regular archery and crossbow season are not eligible to also shoot a buck.

Hunters who possess an antlerless permit may take a buck, and an antlerless deer in the WMD or subunit listed on their permit, during the archery/crossbow season.

On Youth Deer Day, antlerless deer may be taken, with or without a permit, in all Wildlife Management Districts. However, hunters who shoot a deer without an antlerless permit on youth day may not continue to hunt for a buck during the regular firearms season.

Youth hunters who shoot an antlerless deer on Youth Deer Day using an antlerless permit are allowed to continue hunting for a buck.

Hunters who win an antlerless permit in the lottery and subsequently purchase another one can fill them in any order.

All proceeds from the antlerless deer permits will help fund the purchase and management of deer wintering areas, primarily in northern Maine. Deer wintering areas — which provide shelter from deep snow, forage and protection from predators — are critical habitat for deer living at the northern end of their range.