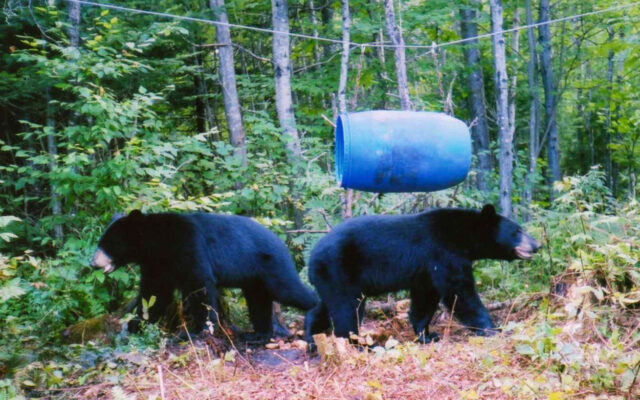 Contributed • August 29, 2022
By Chris Sargent When it comes to hunting in Maine, no topic breeds more division between not only hunters and non-hunters but also within the hunting community itself than whether we should be able to hunt bears over bait.  Strong opinions lead to steadfast holds on the matter.

When it comes to hunting in Maine, no topic breeds more division between not only hunters and non-hunters but also within the hunting community itself than whether we should be able to hunt bears over bait.

Strong opinions lead to steadfast holds on the matter. Passionate controversy rarely diffuses itself to the point of reconciliation, especially when the parties involved stand firmly in opposite camps. In these situations, when emotion and personal beliefs inhibit informed understanding, fact and scientific basis — not opinion — should prevail, especially when it comes to conservation.

Bear baiting in Maine has long been scrutinized. It’s been challenged, faced ridicule, contention and even threat of abolition through referendum. The practice remains intact currently for many reasons, nearly all of which are backed by research, statistics and data gathered by Maine State biologists and hunters.

In 2014, Maine bear baiting faced its greatest threat in the form of a citizen-initiated referendum. Mainers For Fair Bear Hunting lobbied against the hunting of bears while utilizing bait, funded by over $860,500 in support of their cause. The campaign painted those who hunt bears over bait as ruthless, heinous, lazy savages and Maine as irresponsible for allowing baiting practices. Numerous public ads depicted baiting as inhumane, unethical and unfair.

The Department of Inland Fisheries and Wildlife launched an expensive but effective counter campaign in support of all bear hunting practices, including baiting. As a result of a Nov. 4, 2014, vote, the proposal was defeated 320,873 to 279,617, preserving bear baiting as a legal hunting method in Maine.

Despite the referendum’s defeat, there continues to be strong opposition to bear baiting in Maine, mostly from the anti-hunting community but also by others who aren’t necessarily against hunting in general, just bear baiting practices.

DIF&W estimates the state’s black bear population at approximately 35,000 animals. The most successful hunting season in recent years was 2020, a banner year with a harvest of 3,853 animals, roughly 11 percent of the total population. There are currently four legal methods to harvest bear in Maine: baiting, trapping, hunting with dogs, and spot and stalk. Bears taken over bait account for the majority of the state’s harvest. Hunting with dogs and trapping, both of which typically also involve the use of bait in some form, account for less of the harvest, with spot and stalk methods making up a negligible number of harvests.

In short, without baiting, hunters would be unable to even come close to the state’s bear harvest goals in order to help regulate the population.

Maine’s biologists dedicate their careers to the collection and analysis of data and they’re darn good at it. Data are sourced through hands-on research as well as hunter input and harvest records. Biologists utilize the data to determine herd numbers and to assign accurate, appropriate harvest goals for hunters, which helps maintain healthy herd dynamics.

Without question, hunting over bait is the most successful method of harvesting bears in the state. There are not enough hound hunters, trappers, or spot and stalk hunters to achieve harvest goals and without it, bear populations would drastically rise. While the proliferation of a species seems, at face value, to be a wonderful thing, there are other variables to consider such as herd health, sustainability and human interactions.

Recently, just a couple hundred miles away in Strafford, Vermont, a 61-year-old woman was attacked by a black bear while walking on a trail with her dogs. Vermont prohibits hunting bears over bait and wildlife officials I spoke with just a few years ago claimed bears were becoming an increasing nuisance, especially to farmers who were struggling to keep them from decimating corn crops. They also acknowledged an increase in nuisance bear complaints and human-bear interactions.

Every argument has been made in opposition to bear baiting practices in Maine. Some believe baiting familiarizes bears with humans, desensitizing them and making dumpsters and bird feeders in backyards preferred food sources. It is also popular to outline hunting over bait as a sure thing or a “canned” hunt, far exceeding the boundaries of fair chase. Some say bait is unhealthy for the bears while others on the same side claim it’s the root cause of the population boom.

Many who oppose bear baiting have absolutely no understanding of either side of the argument, they just plain don’t like it because it doesn’t seem fair or right to them.

So, should we continue to be able to hunt bears over bait in Maine or not? Biological staff, the informed public and the experienced hunter — like this one — certainly think so. Those on the other side of the fence would shut it down this very second if they were able.

From experience, I can attest that bear hunting over bait is neither easy nor unsporting. It is anything but a “canned” hunt or a sure thing. The amount of effort, attention to detail, time and dedication it takes to kill a mature bear over bait in Maine might be surprising and enlightening to those who believe it’s as simple as dropping a pile of donuts in the middle of the woods.

For now, we hold onto baiting as an effective, crucial hunting method but it is constantly subject to abolishment. For that reason, it’s important to do it right, do it legal and to represent the Maine bear hunting community appropriately.

Be respectful, be kind and be patient.