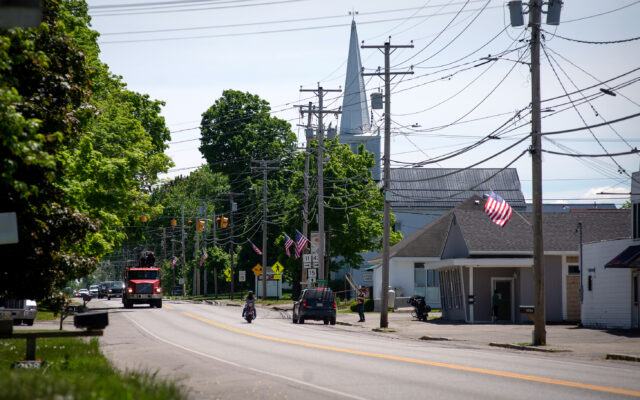 Contributed • August 23, 2022
CORINTH – Two months after Corinth residents narrowly voted to allow licensed businesses to sell alcohol every day but Sunday, breaking Corinth’s decades-long trend of being a dry town, a handful of local businesses have already jumped at the chance to add alcoholic beverages to their offerings.  Some business owners said they were prompted by customer requests, and one said adding alcohol to the menu has helped increase profits at a time of rising costs for food and labor.

CORINTH – Two months after Corinth residents narrowly voted to allow licensed businesses to sell alcohol every day but Sunday, breaking Corinth’s decades-long trend of being a dry town, a handful of local businesses have already jumped at the chance to add alcoholic beverages to their offerings.

Some business owners said they were prompted by customer requests, and one said adding alcohol to the menu has helped increase profits at a time of rising costs for food and labor.

Two businesses on Main Street in Corinth held active licenses to sell alcoholic beverages as of Monday, according to the Maine Bureau of Alcoholic Beverages and Lottery Operations database.

Whitney’s Family Supermarket, also on Main Street in Corinth, is in the process of obtaining a state license to add beer and wine to its shelves, according to owner Alan Whitney.

No Corinth business has applied for and been denied a state liquor license, said Sharon Huntley, spokesperson for the Maine Department of Administrative and Financial Services.

Debbie Burke, who purchased Countryside Restaurant in March, said she decided to start selling beer and wine to boost her profit margins while keeping food prices stable for customers. She needed to increase sales somehow to compensate for the rising costs of food, electricity and labor, and saw an opportunity in customers who came in looking to buy a beer with their dinner.

“When it comes right down to it, I want to keep Countryside a reasonable place to dine,” Burke said. “In order to do that, I have to change things. I need to make a profit somewhere. I didn’t buy this restaurant to fail.”

While most customers get water with their meal, Burke said the patrons who buy an alcoholic beverage have helped increase profits, and the addition to her drink coolers came as a pleasant surprise to many.

“We’ve had multiple people in the past wanting a beer with their meal, and a lot of people are very excited that we’ve added it,” she said.

Whitney, who was lukewarm on the idea of selling alcohol prior to the June vote, said he decided to seek state liquor licenses after customers began asking about it. The store’s other location in Guilford sells alcohol, so it also made sense to add it to the shelves in Corinth, he said.

“We’re here to serve the needs of the community,” Whitney said. “I don’t have biases one way or the other. If this is the direction the community wants to move, we’re here to be responsive to that. We live in Corinth, and any business or profit is secondary to being a member of this community.”

Aside from obtaining the necessary licenses, Whitney said his next hurdle before he can sell alcohol is finding room for the additional products.

To compensate, Whitney is planning to build an addition of at least 12 by 20 feet, on the south side of the store to hold about seven refrigerators for beer and wine with additional space for frozen products and another customer bathroom.

While Whitney didn’t yet have a construction timeline, he hopes to have the addition completed this fall. The grocery store will remain open during construction.

Aside from expanding his store, Whitney said he doesn’t believe selling alcohol will drastically change the business’ profits, but it may require some coordination to ensure alcohol isn’t sold on Sundays.

Both Whitney and Burke said they may seek licenses to sell hard liquor in a few years.