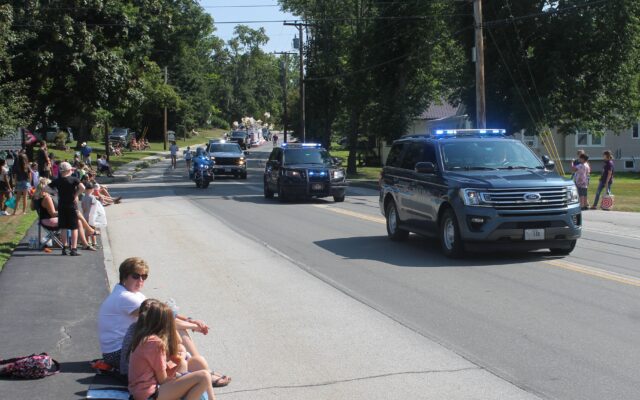 Valerie Royzman • August 8, 2022
This story has been updated. DOVER-FOXCROFT — A fireworks show in Dover-Foxcroft was delayed Saturday evening after police responded to a report of a person with a gun who was allegedly threatening the public.

DOVER-FOXCROFT — A fireworks show in Dover-Foxcroft was delayed Saturday evening after police responded to a report of a person with a gun who was allegedly threatening the public.

Officers determined that a gun was never fired and there were no injuries related to that, although a man intervening was struck in the face, according to the Dover-Foxcroft Police Department.

The fireworks show, at the public beach at the end of Greeley’s Landing Road, was part of the centennial celebration of Dover and Foxcroft merging into one town. A historical parade, vendor fair and other activities took place earlier in the day and the fireworks display was meant to cap the celebration.

The show started about an hour and 15 minutes later than planned while police made sure it was safe to go on, Chief Matt Grant said Monday.

Some officers were already at the landing and they and other police arrived at the beach within minutes when the call about the alleged gun incident came in around 9:30 p.m., according to the police department.

A group of young men from town got into a physical altercation with another man attending the fireworks show with his family, Grant said.

Michael Moulton of Dover-Foxcroft was arrested and taken to Piscataquis County Jail on Saturday evening, Grant said. Moulton did not have a firearm, but was charged with criminal threatening, disorderly conduct and assault, he said.

Moulton, 27, appeared in court Monday morning. The state requested $250 cash bail, but it was set as personal recognizance with numerous conditions, according to the Piscataquis County District Attorney’s Office.
Personal recognizance means a judge releases a defendant based on their written promise to appear in court when required.

Moulton was ordered not to use or possess alcohol, marijuana and firearms, according to a bail bond document obtained Monday. He is not to have contact with four people he allegedly threatened.

Moulton must also schedule an appointment with a psychological provider within seven days of his release.

Moulton’s next court appearance is scheduled for 1:30 p.m. Sept. 12 in Dover-Foxcroft.

The man attending the fireworks with his family was briefly detained at the beach, Grant said. The department has not released his name.

Some residents and event attendees left the beach because the incident was scary and they wanted to protect their children, according to the experiences they shared on the Dover-Foxcroft Area Hub page on Facebook. Others felt that those involved in the altercation ruined a special event for the community.

Some people suggested that the fireworks show be brought back to town, noting the lack of cellphone service and one road that leads to the public beach and back to Dover-Foxcroft.

A large crowd was gathered at the beach where the altercation took place, and the department is still collecting witness accounts, Grant said.

“With COVID and everything else, these public gatherings are now coming back,” he said. “We’ve not had this type of situation previously that I’m aware of. It was definitely an unfortunate conclusion to an otherwise successful day celebrating the town’s homecoming.”

More charges may be announced in the coming days, Grant said.