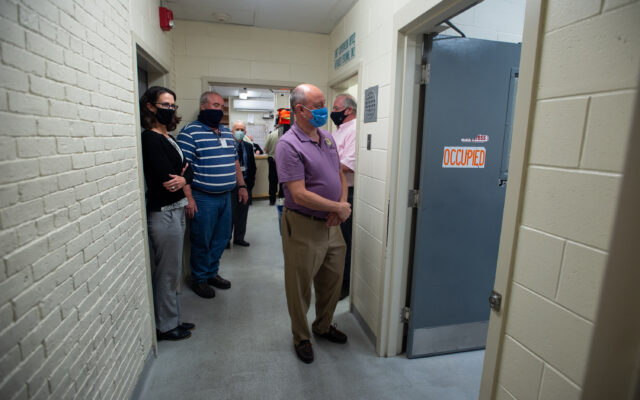 Contributed • August 4, 2022
By Judy Harrison, Bangor Daily News Staff Penobscot County’s top administrator has resigned after less than two years on the job, citing personal circumstances and a desire to be closer to family located across the country. Erika Honey’s last day on the job will be Aug.

Penobscot County’s top administrator has resigned after less than two years on the job, citing personal circumstances and a desire to be closer to family located across the country.

Erika Honey’s last day on the job will be Aug. 19.

She leaves the county as it works on plans for spending nearly $30 million in federal funding it’s received through the American Rescue Plan Act. Attendees at a series of community forums the county held identified investments in housing, mental health and substance use treatment services and broadband internet infrastructure as top priorities. County officials are also planning a 100-bed expansion of the Penobscot County Jail.

Penobscot County government includes the county jail and sheriff’s office as well as services for residents of the Unorganized Territories that fall within county lines.

Honey was hired in 2019 to head the county’s newly formed human resources department. Honey then replaced Bill Collins as administrator in January 2021. Collins retired after 18 years in the job.

Honey did not immediately respond this week to a request for comment on her resignation.

“During her time as administrator, she worked hard to build a more responsive staff to meet the changing needs of our county, both its employees and residents,” Cushing said. “While we are disappointed in her announced departure, we understand and respect her decision to meet her family and personal requirements.”

The administrator’s job was posted on the county website on July 19, and the county is still accepting applications, according to Commission Chair Laura Sanborn of Alton.

Sanborn praised Honey’s strong communication and organizational skills as well as her leadership during the second year of the pandemic.

“Working through the constantly changing staffing problems as well as staying on top of the guidelines kept Penobscot County open the entire time,” Sanborn said.

Following in Honey’s footsteps will be tough, the commissioner said.

“The good news is that she leaves having done most of the ‘heavy lifting,’” Sanborn said. “Someone will take her place finding a well organized and well run organization.”

Several departments have undergone changes in leadership during Honey’s time with the county, including the finance and IT departments, said Commissioner Peter Baldacci of Bangor.

“She has helped us bring in talented people to strengthen our administration,” he said. “She was our first HR director and helped update and establish policies that will guide us going forward. She will be missed and we wish her the best going forward.”