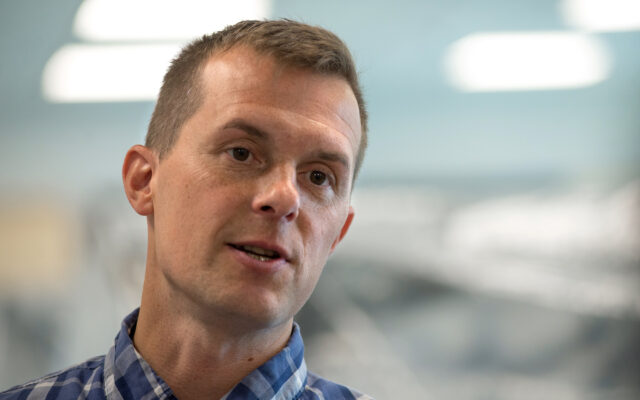 There are few surprising or notable endorsements in general elections these days.

Labor, environmental and other groups championing liberal causes are increasingly baked into the national Democratic machine and backing fewer moderate Republicans. There was only one Democrat at the federal level with an A grade from the National Rifle Association in the 2020 election. That makes the politics around two Maine endorsements last week so interesting.

The group went to bat for Sen. Susan Collins in the Republican’s heavily nationalized 2020 race against Democrat Sara Gideon, a campaign waged after police killings of Black men, including George Floyd in Minneapolis, sparked nationwide rallies and calls for policing overhauls. While Gideon never expressed support for the “defund the police” movement, Collins and her allies worked to tie her further to liberal groups who backed both the candidate and the movement.

That tactic has also been used against Golden by former Rep. Bruce Poliquin and his Republican allies. But the endorsement will make it harder for that line to persist deeper into the campaign. Golden was also one of just two Democrats to vote against his party’s signature 2021 response to Floyd’s killing, which would have ended so-called qualified immunity for police.

It is the first hard-to-swallow endorsement of this cycle for Poliquin. The former congressman has had trouble energizing the conservative base in the past and lagged Golden in spring polls that showed a solid share of crossover support for Golden after high-profile votes against his party since he was elected over Poliquin in a 2018 ranked-choice voting race. LePage has been polling closer to Gov. Janet Mills in a statewide race that should be harder for a Republican on paper.

Poliquin and Golden are on a ranked-choice ballot again with independent Tiffany Bond on the ballot, just as she was four years ago. Golden narrowly won that race despite Poliquin consolidating all of the normally conservative groups that play into congressional races, including the gun-rights Sportsman’s Alliance of Maine, whose leaders were upset after Golden ignored a survey during his Democratic primary, and the NRA.

But much has changed since then. Golden has recently aligned with the sportsman’s alliance, including on a vote in favor of a bipartisan gun, school safety and mental health bill that Poliquin opposed.

At the top of the sponsorship list of the group’s weekend golf tournament in Madison was the gunmaker Sig Sauer and the campaigns of Golden and Mills. That gives you an idea of how the congressman is mapping out his campaign.