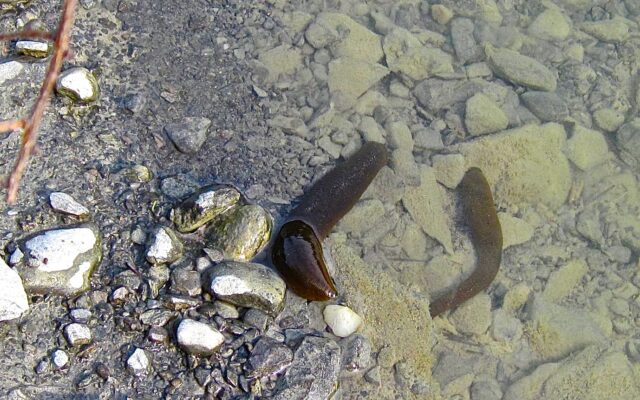 These are the Maine creatures that want to suck your blood

Contributed • July 22, 2022
By Julia Bayly, Bangor Daily News Staff Scientifically they are known as hematophagous, though most people more commonly refer to them as blood suckers. Whatever you call them, these are the organisms lurking in Maine woods or waters ready to make a liquid meal out of your blood.

Scientifically they are known as hematophagous, though most people more commonly refer to them as blood suckers.

Whatever you call them, these are the organisms lurking in Maine woods or waters ready to make a liquid meal out of your blood.

Described as micro predators rather than parasites, they hunt using the heat, smells, visual clues and even the humidity that a likely victim gives off. Anyone who’s spent any time outdoors in Maine knows how successful and relentless these tiny hunters can be, whether they attack by land, air or water. And while some are just a nuisance, others can carry diseases and viruses.

Flying bloodsuckers in Maine include blackflies, mosquitos, midges, deer flies and horse flies. They use their specialized mouthparts and chemicals to penetrate the skin.

A blackfly, for instance, cuts a hole into the skin and injects a chemical substance that acts as both an anticoagulant and a painkiller. That way it is free to lap up the blood as it comes to the surface without you even feeling it — that is until the itchy, red bump that can accompany a blackfly bite appears.

Deer, moose or horse flies use a more direct approach with little regard to the victim’s comfort. Once they land on you, they use their knife-like mouth parts to slice your skin and then drink up the blood. They do not secrete any painkilling chemicals, so you will know as soon as one of these flies bites.

Closer to the ground in Maine are several species of ticks just waiting for a meal. Their preferred hosts are often age specific and will change as the ticks grow through their egg, larval, nymph and adult stages. But regardless of the developmental stage, human blood is always on the menu.

Once they get on you, a tick will use its mouth to cut into the surface of your skin. Then it sticks in a feeding tube and begins sucking blood. The tick will also secrete a substance that keeps them firmly attached while feeding and the feeding tube is barbed to keep it from slipping out.

While this process is painless, it can be dangerous as several species of ticks in Maine carry diseases. Most notably deer ticks that can transmit Lyme disease and the Powassan virus.

The largest blood-drinking creatures in Maine are the leeches that live in shallow, protected bodies of fresh water under plants, stones, rocks or other debris. They also have a feeding strategy that seems more horror story than scientific.

Among the most common species of leeches is the North American medicinal leech. These leeches not only have five pairs of eyes, they have three jaws each with dozens of sharp, blade-like teeth.

They use those teeth to chew or saw an opening in the flesh of a warm-blooded mammal and then attach themselves to it using a combination of a sticky mucus and suction. Medicinal leeches can grow up to 5 inches in length and are most active on hot days — just when you want to go for a swim.

The good news is that a leech bite is pretty harmless, though some people could have an allergic reaction. They do release a painkiller while feeding and once they have drunk their fill of blood, they simply drop off.