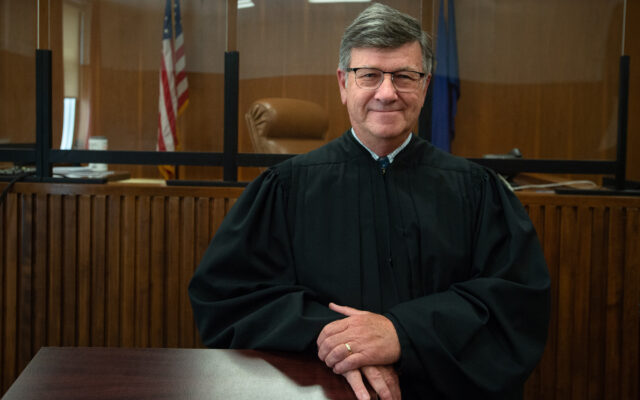 Contributed • July 10, 2022
By Judy Harrison, Bangor Daily News Staff A longtime Bangor attorney known for his work with municipalities in northern and Down East Maine has been appointed to serve as Penobscot County’s probate court judge for the rest of the year. Gov.

A longtime Bangor attorney known for his work with municipalities in northern and Down East Maine has been appointed to serve as Penobscot County’s probate court judge for the rest of the year.

Gov. Janet Mills appointed Edmond J. Bearor, 62, of Bangor to fulfill the unexpired term of Amy Faircloth, whom the governor appointed to serve as a District Court judge earlier this year.

Faircloth, whose term ends Dec. 31, was first elected probate judge in 2018. She filed to run for reelection but withdrew after Mills nominated her to serve as a judge.

Probate judges are the only elected judges in Maine. They work part time for counties and handle name changes, adoptions, guardianship matters and estates.

Bearor, who was appointed June 24, is not seeking election in November to a full term in the position.

Beth Seaney, a 61-year-old Democrat from Hermon, will face 40-year-old Zachary Brandmeir, an independent from Bangor, on the Nov. 8 ballot. No Republican sought the office this election cycle.

Bearor said his first couple of weeks on the job have been busy. He’s signed more than 50 name changes, which don’t become official without a judge’s signature; presided over three adoptions; and held 11 hearings each day court convenes on Tuesdays and Thursdays. He also works in the office half a day a week while continuing to work for the Bangor law firm Rudman Winchell.

“Anyone who’s practiced law for more than three decades as I have knows that it’s all about people,” Bearor said. “Before taking this job, I didn’t really know how deferential people become just because you have on a black robe and the word judge is in front of your name.”

One surprise to him has been the number of guardianships that involve grandparents raising their grandchildren because their parents can’t care for them.

Bearor also said that many of the people who appear before him are representing themselves. Those hearings can take more time to resolve than matters in which people are represented by lawyers who are familiar with court procedures and legal language, according to Bearor.

Bearor, like predecessors, said that adoptions are his favorite part of the job.