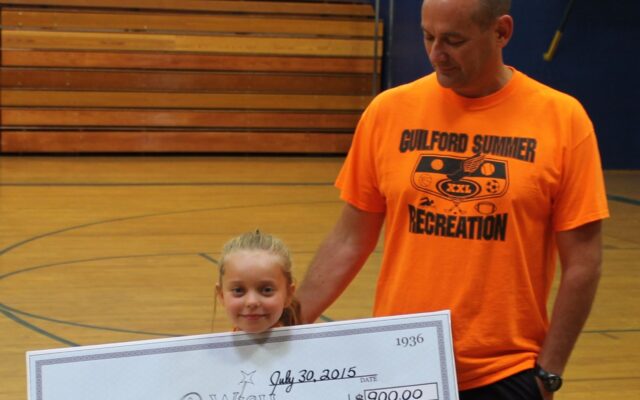 Contributed • July 8, 2022
By Larry Mahoney, Bangor Daily News Staff He was a beloved institution at Piscataquis Community High School in Guilford. Joe Gallant used to coach track and girls soccer at PCHS and was a physical education-health  teacher before becoming the athletic director.

He was a beloved institution at Piscataquis Community High School in Guilford.

Joe Gallant used to coach track and girls soccer at PCHS and was a physical education-health  teacher before becoming the athletic director. But he had just resigned to open a driving school.

Gallant died unexpectedly in his sleep on Thursday. He was 57.

He attended schools in Bangor and earned a degree from the University of Maine in 1987. He began teaching physical education in SAD 4 in the Guilford area in the mid-1990s after first teaching in Steuben.

He had been the athletic director at PCHS the past six years.

In addition to coaching, teaching and his administrative stints, Bangor native Gallant had also been a basketball referee for over 25 years. He was also a member of the Maine Principals’ Association’s tennis committee.

News of his passing stunned the entire eastern Maine community.

“He was one of the nicest guys I’ve ever met,” said Central High of Corinth Athletic Director Jared Foster. “He worked hard to make his school’s programs better for the kids and the coaches.”

Foster added that Gallant was “wonderful” to work with.

“He was one of those guys who, when you needed to change a game around, he would go above and beyond to make it easier for everybody else,” Foster said. “He loved kids, not to mention his own. He was a proud dad. He loved being a dad.”

Gallant and wife Amanda have a son, Jonah.

“We are all stunned. He was such a great colleague,” Archer said.

“He was a really sincere, easy-going guy. He was a student-driven person. He cared so much about kids,” Archer said. “He embedded himself in the Guilford community and it is pretty evident what he meant to people in the community by reading all the tributes from his former students and players.”

Gallant spent several years as a member of the MPA’s tennis committee.

“He was our regional tennis coordinator for the qualifiers and the singles tournament,” Bisson said. “He cared. He wanted to make sure everything was done right. I really appreciated his positive attitude towards that.”

Schenck High School of East Millinocket Athletic Director John Montgomery said Gallant provided him with “excellent guidance” when it came to explaining the brackets and the seedings for the regional tennis tournaments.

He also said that Gallant was a quality basketball referee.

“He was wonderful with the kids and the coaches. If they had a question, once he had a moment to do so, he would explain to the coach what he saw and how he interpreted it,” said Montgomery.

Gallant was a valuable resource during the COVID-19 era, Montgomery said.

“We are both at small schools so we would rely on each other and discuss how to handle protocols and make sure we were on the same page. He was outstanding to work with,” he said.

“He was one of the good ones,” said Lee Academy Athletic Director Randy Harris. “He had a great sense of humor. I really enjoyed working with him.”

The athletic directors said he was excited about opening his driving school later this month.

It was going to be called the Gallant Driver Education School.