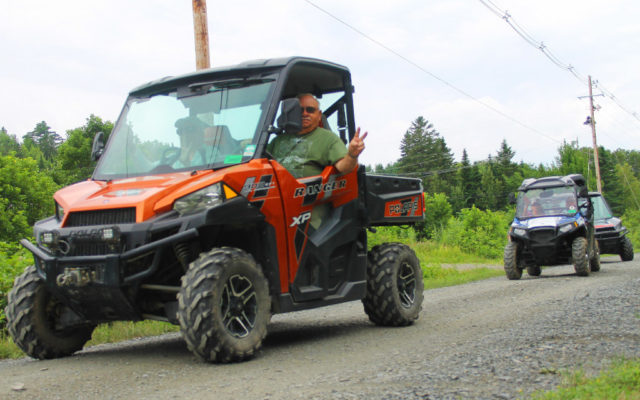 Contributed • July 5, 2022
By Pete Warner, Bangor Daily News Staff With the recreation season in full swing, many Mainers and tourists are determined to do whatever it takes to enjoy the great outdoors.  But this year, some simply can’t.

With the recreation season in full swing, many Mainers and tourists are determined to do whatever it takes to enjoy the great outdoors.

But this year, some simply can’t.

Hikers, anglers, all-terrain vehicle operators, campers, boaters and other recreational enthusiasts are excited to hit the trails and waters, but not everyone is able to afford the higher costs associated with gas and travel. Some recreationists have abandoned their activities completely, while others are making concessions to save money.

The average price of regular gas in Maine on Thursday was $4.99 per gallon, according to AAA.com. That’s 13 cents more than the national average of $4.86.

While gas is 5 cents per gallon cheaper than last week, it remains nearly $2 per gallon more than the $3.09 it was costing Mainers only one year ago.

In response, Mainers are altering their outdoors plans in a way that still allows them to get in some meaningful recreation.

For hikers, that means getting creative.

“We have gone to places closer or done multiple experiences together instead of one a day to save travel expenses,” said Kristen McQuesten of Charleston.

Others are sharing travel costs by carpooling and going to destinations that are closer to home.

Anglers, on the other hand, are considering reducing their power needs when out on the water.

“Just using the kicker motor, about 2.5 gallons a weekend. The big motor is just a backup this year,” said Michael Helfrich, who has reaped some unexpected benefits from the situation.

“I’m liking the lack of speedboats [and] jet skis on Sebago. It’s almost like the lake is mine now,” Helfrich added.

Jesse Dicker of Lincoln is still hitting the water, but in a mode of transportation that doesn’t rely on gas.

“Been using my kayak a lot more this year and not traveling far too much like I normally do,” Dicker said.

It isn’t only Mainers who are determined to take advantage of the summer vacation season.

“We don’t care how much more it costs to get out of Connecticut and get up to our camp in Maine,” Mark Liljedahl said. “‘You can’t take your money with you’ is our philosophy, and we aren’t going to let a few hundred extra bucks over the summer ruin that.”

Brian Dickerson has a similar determination to do whatever it takes.

“We travel from upstate New York to Maine twice a year, and I will eat ramen noodles for a month to save if I have to,” he said.

Timothy Maddocks said sacrifices, even the financial kind, sometimes have to be made.

“Yes, the fuel prices are putting a hurting on us, but for those who are truly passionate about this form of recreation, the saying ‘you gotta pay to play’ is worth the fun and memories,” he said.

Ultimately, for some, the benefits of being outdoors outweigh the money that will have to be spent on it this summer.

“Gas is still cheaper than a therapist and I prefer to get my therapy on the trails,” said Crystal Adams of Bingham.

Then there are those who are just avoiding the problem altogether, such as Earl Gary Jr. who took a proactive step to mitigate his long-term fuel costs.

“Sold the Silverado and ordered the Prius! Hiking comes first!” he said.

Contributed photo LIFETIME OF SERVICE — Dover-Foxcroft Fire Chief Joe Guyotte, pictured with family members during a surprise presentation, was recognized with the Lifetime Achievement Award at the 58th Maine State Federation of Firefighters Convention in Fryeburg, which was held Sept.