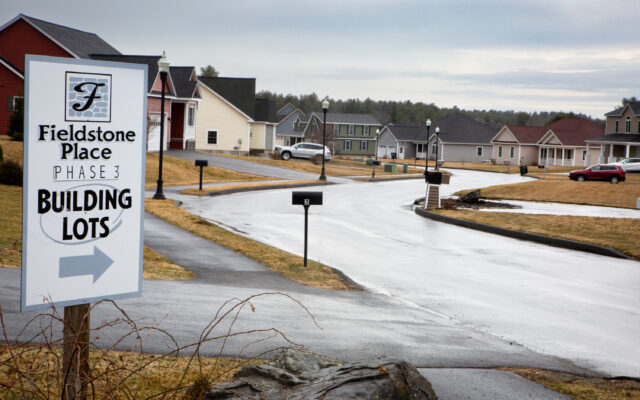 Contributed • June 21, 2022
By David Marino Jr., Bangor Daily News Staff In a housing market that has been difficult for many ordinary Mainers, help may be on the way.

In a housing market that has been difficult for many ordinary Mainers, help may be on the way.

The number of houses for sale nationally grew 16 percent in May compared to April, according to the May report from real estate company RE/MAX.

It was the first month this year that the rate had grown compared to the corresponding month in 2021. In a market that has seen a lengthy period of high demand and low supply that has caused record prices, it was also the second consecutive month that inventory had grown.

Trends in the national housing market, which generally end up trickling down to Maine at some level, look to be positive news in a state housing market that has shown signs of cooling down. The supply of housing could increase further after the Federal Reserve decided to hike interest rates last week.

“The gains in inventory are welcome news for buyers who are now starting to see a few more listings come onto the market during their home search,” said RE/MAX President Nick Bailey.

There still are signs of difficulty nationally. Total closings were still 9 percent lower than in May 2021. And the median sales price of homes continued to grow, from $425,000 in April to $430,000.

Though no metro or micropolitan areas in Maine were mentioned in the report, some regional neighbors were: the Manchester, New Hampshire, and Burlington, Vermont, areas were recorded as having some of the highest increases in sales since last year. Manchester also saw among the lowest rates of supply in May.

Supply is still not meeting the strength of demand right now, something especially present in the most desirable sections of the country. Homes spent an average of 23 days on the market in May, which is three days shorter than in April.

The Maine Association of Realtors has not yet released data for May, but its report for April noticed that Maine had seen a slight increase in supply in April and May.

“An increasing supply will continue to address the pent-up demand and may relieve some of the upward pricing pressures,” said Madeleine Hill, the association’s president.