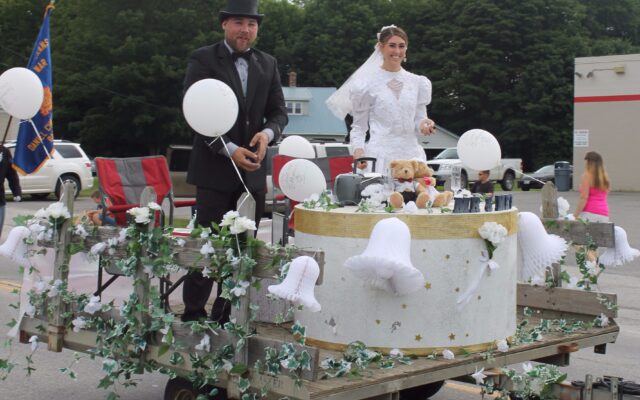 Dover and Foxcroft failed to merge 5 times. Then women got the right to vote.

Valerie Royzman • June 21, 2022
DOVER-FOXCROFT— It took five tries and women’s right to vote to form the combined town of Dover-Foxcroft, but it finally happened in March 1922. A group of businessmen and lawyers presented a bill to the Maine Legislature in December 1914, calling for a new town and merging properties and services from the single towns of Dover and Foxcroft.

DOVER-FOXCROFT— It took five tries and women’s right to vote to form the combined town of Dover-Foxcroft, but it finally happened in March 1922.

A group of businessmen and lawyers presented a bill to the Maine Legislature in December 1914, calling for a new town and merging properties and services from the single towns of Dover and Foxcroft.

From 1916 to 1920, the town article was either postponed or Dover residents — all men — voted it down. “They had five years to do it or forget it,” said Mary Annis, Dover-Foxcroft Historical Society president. “Then things changed dramatically. Women got the vote.”

Leading businessmen, including several editors of the Piscataquis Observer, pushed for the union of Dover and Foxcroft for years because they didn’t see the benefit of duplicating government services, schools struggling with high costs and other functions.

The two towns, though split by a dividing line and some rivalry, had similar-sized populations and the winding Piscataquis River in common. Some townspeople were stuck in their ways and didn’t care for change, but the experiment appears to have worked — Dover-Foxcroft turned 100 years old this year and is preparing to celebrate with a historical parade, beach party and other activities on Aug. 6.

It took women to make a change — “that’s women with a capital W,” said Chris Maas, who is a director at the historical society and is involved with other local groups.

Townspeople came to Central Hall — a grand venue at the time that still stands on East Main Street and functions as a gathering space — in record-breaking numbers on March 14, 1921, to try one last time. “A total of 665 voted (311 more than ever before, many must have been women) with the ‘yes’ votes being 292 more — surely women,” Annis wrote in the Shiretown Conserver, a quarterly newsletter from the historical society.

A mock wedding was held on the eve of the actual union — March 1, 1922 — where a bride from Dover and a groom from Foxcroft joined hands and said “I do, agreeing to a union that would bring prosperity to the new town and happiness to its residents.”

“In union, there is strength, and may your future be crowned with glorious achievement,” said Harvey R. Williams, who performed the service.

Every 25 years, the town performs this skit during a town-wide celebration, Annis said. Both Dover and Foxcroft, though explored and settled at different times, were incorporated in 1821.

During the town’s first meeting, just days after the mock wedding, townspeople voted on 90 articles. They declared Lancaster Avenue a public street, approved funds for a new furnace and bathroom for the town farm, and agreed to pay tuition charges to Foxcroft Academy for the town’s high school students, according to Annis’ research published in the Conserver.

People began to realize that pooling services and resources might help them function more efficiently. There were conversations about consolidating schools because those in rural areas were costing more per student compared to town schools and children weren’t getting a quality education, Maas said.

At one point, there were five firehouses between the two towns. By 1920, they dwindled to two, and by 1927, Dover-Foxcroft had just one, and the building is the town’s fire department today.

“They were already functionally integrated,” Maas said. “It was just a question of a bunch of conservative old men who didn’t want this to happen.”

There were things ahead of the union that weren’t so pleasant and might have delayed the merger for some years.

For instance, between Dover and Foxcroft, there were once six United States post offices, and people took seriously the locations that they walked to in their neighborhoods to send and receive mail. There was no delivery, and few people had horses or cars, according to an issue of the Shiretown Conserver, titled, “The Great Post Office Scandal of 1917.”

“The administration in Washington appointed a Democrat, B.B. Anderson, [to serve as postmaster] who had the bright idea that we should only have one post office for Dover and Foxcroft,” Maas said. “These are very Republican towns. The whole year was spent arguing and fighting about merging the post offices.”

There was also the story of Judge Elias Hale, who was adored by many and died by suicide in 1895. He also served as Foxcroft’s treasurer, and he took his own life because town officials wanted to see his books, Maas said.

The town’s budget at the time was about $15,000 — and Hale had swindled about $160,000 from the townspeople, he said. The mess took more than a decade to correct, and Dover residents had no desire to be part of that, he said.

Encapsulated in the town’s last century of history are buildings such as Central Hall Commons and the old Piscataquis Observer building — now home to the historical society — with years of antiquity and stories. Two bridges were built to connect the towns — the Dover bridge along Essex Street and the Foxcroft bridge along Main Street. And there was the closure of the Brown Mills and Mayo’s Mill and transformations, good and bad, that followed. Both became properties of the American Woolen Company in 1899 and 1914, respectively, then shuttered in 1953.

Dover-Foxcroft survived the shutdown of the mills, which wasn’t true in other places in Maine that quickly shriveled, Maas said. It was because it was the county seat of government and had Mayo Hospital and good schools that sustained the population.

From about 1910 until today, the number of residents has remained fairly constant, according to the historical society’s records. U.S. Census data for 2020 lists the population as 4,422.

Dover-Foxcroft was also within driving distance to Bangor, so people found opportunities there.

“It just happened,” Maas said, noting that by 1922, it was natural for services to merge. “It just was. From then on, it was known as Dover-Foxcroft.”

Throughout Dover-Foxcroft, a variety of events are scheduled for Saturday, Aug. 6, including a  parade at 10 a.m. with a marriage float and a marriage ceremony to depict the union of Dover and Foxcroft. To view a map of the day’s festivities, visit the Piscataquis Chamber of Commerce’s website.

A beach party begins around 4 p.m. at the public beach at the end of Greeley’s Landing Road, said Phyllis Lyford, who serves on the homecoming committee. There will be a concession stand and deejay. Fireworks begin at dusk.

The Dover-Foxcroft Historical Society will hold a walking and bus tour at 1 p.m., pointing out significant spots along a stretch of West Main Street from Merrick Square to Mayo Hospital. Reserve a spot by emailing Chris Maas — chrism2666@gmail.com.