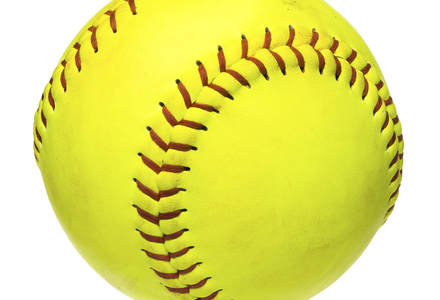 Contributed • June 20, 2022
By Larry Mahoney, Bangor Daily News Staff BREWER, Maine — It’s always nice to get some production out of the No. 9 hitter in the batting order.

BREWER, Maine — It’s always nice to get some production out of the No. 9 hitter in the batting order.

Hall-Dale High School got plenty of production out of its No. 9 hitter, senior first baseman Sammy Thornton, en route to a 5-1 victory over Mattanawcook Academy of Lincoln in Saturday’s state Class C championship game at Coffin Field in Brewer.

Thornton singled in the tying run with two outs in the second inning and doubled and scored the third run in the fifth as the Bulldogs won their second straight C title and wrapped up a 19-0 campaign.

Hall-Dale won its first ever state title a year ago.

Sophomore catcher Zoe Soule had a double and two singles, knocked in a run, and scored twice for the winners.

The Lynx finished at 19-2 after having their 15-game winning streak snapped.

“This is one of the best hitting games I’ve had all year,” said Thornton, who continued her postseason heroics after hitting the game-winning sacrifice fly that beat Madison 1-0 in the C South title game.

“I couldn’t ask for a better way to end my career and to do it with any better people. To win two state championships is amazing,” Thornton said.

“She could be the MVP of this game,” said Hall-Dale coach Steve Acedo. “She has been lights out. She always makes contact. She doesn’t strike out very often.”

Thornton had been hitting seventh in the lineup but Acedo moved her down to ninth and she has been on a tear ever since.

“I like being in the nine spot. People don’t think we hit as well in the bottom of the order but I try to bring energy and carry it to the top of the order,” Thornton said.

Sophomore Ashlynn Donahue and junior Rita Benoit teamed up on a three-hitter and the only run was unearned.

Donahue pitched the first four innings and allowed all three hits and the run. She struck out two and walked one while throwing 59 pitches, 44 for strikes. Benoit offered a unique delivery with a shorter windup and she threw harder. She allowed only one baserunner on a walk while striking out four and throwing 38 pitches, 25 for strikes.

“We did that in the state game last year,” said Benoit, referring to Hall-Dale’s 5-0 win over Dexter. “We each throw different types of pitches with different spins. It works out real well.”

Acedo explained that it doesn’t allow the other team to “catch up to them after seeing them a couple of times” because he brings in the other pitcher later in the game.

Each pitcher also had an important sacrifice fly to aid their cause.

The Bulldogs were impressive defensively after two throwing errors allowed Natalie Tash to score Mattanawcook Academy’s only run in the first inning after she had reached on a fielder’s choice.

They played errorless ball the rest of the way and made a number of nice plays.

“We always pride ourselves on our defense. We played great team softball today,” Benoit said.

One of her surgically repaired ankles “popped out on me” in the fifth inning but she shook it off and kept pitching.

“I didn’t pitch very well today. I’m not happy with it,” said a somber Whitten.

“We didn’t play as well as we could have,” said Mattanawcook Academy coach Dean Libbey. “They have a good team. They played better than we did.”

Pivotal play: Thornton’s RBI single in the second inning tied the game and took the momentum away from the Lynx.

She fell behind 0-2 in the count and fouled off a pitch. With the count 1-2, she hooked an inside pitch down the left field line to tie it up.

“I was just looking to get the bat on the ball. I didn’t care where it went,” Thornton said.

Donahue’s sacrifice fly in the fourth broke the tie and back-to-back doubles by Thornton and Soule in the fifth made it 3-1 before Benoit plated Soule with a sacrifice fly.

Hall-Dale added an insurance run in the seventh on a bases-loaded double play grounder.

Big takeaway: These two teams could be back in the state title game again next season. Hall-Dale has both pitchers back and returns five of the nine starters from Saturday’s game.