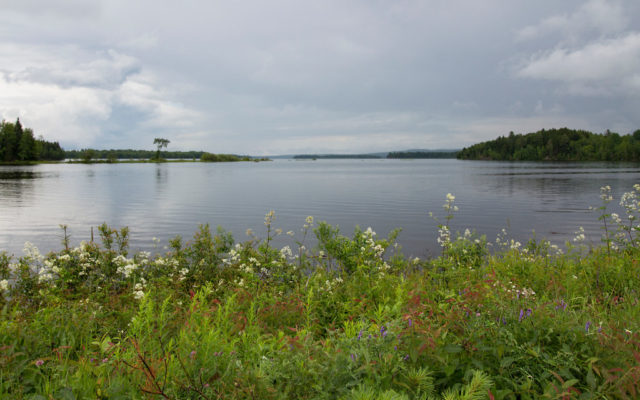 Contributed • June 13, 2022
By Chris Sargent Ethics is an ambiguous concept limited to one’s own parameters and subjectivity. They govern our decisions and actions and aid in navigation through life.

Ethics is an ambiguous concept limited to one’s own parameters and subjectivity. They govern our decisions and actions and aid in navigation through life.

Ethics can easily be influenced but rarely change, as they are solidly ingrained in the fundamentals of character. A search for a true and concrete definition of the word results in numerous variations of the same notion.

Simply put, ethics are what you do when nobody is looking.

Statutes, laws and rules — influenced by fish and wildlife departments, the public or other entities, then sponsored by legislators and those that have made their way through the governmental strainer — become official regulation for the sporting populace.

In a perfect world, the idealist leans on this theory to ensure order and fairness are maintained. The reality is, a perfect world simply cannot and does not exist. Laws and rules fall more into the category of guidelines rather than resolute direction. There are few arenas where this is truer than the outdoor recreational world, specifically hunting and fishing.

“Gee Mister! Will there be any when I grow up?”

These words caption a famous mid-20th century poster sponsored and distributed by the Maine Department of Inland Fisheries and Game, as it was then known, and can be found in most present day DIF&W headquarters as well as in camps and sporting clubs throughout the state.

The colored poster depicts a scenic image of a man with a bent rod in hand, an airborne trout at the end of his line, a cigar in his mouth and knee deep in lake water, feet from shore. Directly behind him sits a willow creel overflowing with what appear to be large trout — so many, in fact, that they’ve spilled out, nearly a dozen laying on the shore.

A plaid-hatted boy of maybe 10, in a tattered coat and shorts and carrying a cane pole with two small fish dangling from the end points toward the creel behind the man and utters the above quote. Though fictional, it does well to illustrate a not so fictional example of questionable ethics and what is surely an egregious disregard of fishing laws.

As an avid hunter, fisherman and outdoorsman, just like all of us, I possess my own customized set of ethics which coincide with legality and that I believe to be morally sound. During my younger years, I believed everyone followed in similar suit.

As a Maine Game Warden, I was exposed to every shade of the ethical color wheel. I found most sportsmen and sportswomen are good people that do their best to adhere to fish and wildlife laws and rules.

Yes, I observed my fair share of folks looking over their shoulder before tossing an extra trout in a cooler or sneaking a small doe home at midnight. They knew they were wrong but didn’t care and most often, they paid the price.

I’m both happy and proud to report, however, that I saw far more people do the right thing when it would have been so easy to do the wrong. Trophy fish caught and released because an angler already had their limit, or a massive buck passed by a hunter because it was three minutes after legal hunting hours. Watching folks doing something right always felt better than catching them doing something wrong.

Ethics aren’t governed by law, nor are they limited to violation or compliance with it. Some of the more disappointing examples of poor ethics I witnessed were not violations of law or rule at all. One of the more frustrating aspects of being a game warden was the refereeing and reconciling of the sporting public within their own demographic.

I’m reminded of one group of hunters in particular who for years have disregarded all other hunters in every way through a complete lack of respect or common decency. Landowners were contacted and manipulated into granting exclusive access to properties, sending generations of hunters packing from their traditional grounds.

Huge tracts of land which others had enjoyed for years now wear “NO TRESPASSING” or “ACCESS BY PERMISSION ONLY” signs on their borders, selfishly tacked up by the group with no intention of granting permission for access. Other times, it was setting of tree stands within clear view of another’s trail camera or stand and, upon confrontation, a cavalier response stating they had “every right to hunt there.”

They even stooped to the level of placing a bear bait mere yards from an elderly hunter’s longtime bait site, just onto a neighboring property in hopes of pushing him out of the area. When approached, they stated they were “within their legal right.” In truth, they were right.

Everything they did and continue to do, at least in that regard, is legal, albeit unscrupulous. To the frustration of many, there is no recourse.

In our outdoor world, much like a compass determines north and south, ethics provide us a static reference point from which we establish right and wrong. Unlike a compass, however, there is no magnetic or true north.

Core values and morals vary from person to person and there is no definitive standard, but if you’re confused about what to do when nobody’s looking, there’s an old saying: Do the right thing, at the right time, for the right reasons.