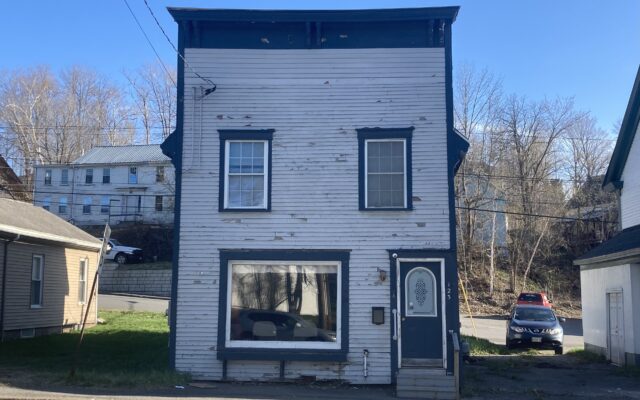 Valerie Royzman • June 3, 2022
DOVER-FOXCROFT — A proposal for an opioid addiction treatment office in downtown Dover-Foxcroft is on pause because the applicant may be considering a new location. Rosemary Boudreau of Provider Services, a Skowhegan office that prescribes medication for opioid use disorder to about 120 patients, said she wanted to open a similar clinic at 123 East Main St.

DOVER-FOXCROFT — A proposal for an opioid addiction treatment office in downtown Dover-Foxcroft is on pause because the applicant may be considering a new location.

Rosemary Boudreau of Provider Services, a Skowhegan office that prescribes medication for opioid use disorder to about 120 patients, said she wanted to open a similar clinic at 123 East Main St. in Dover-Foxcroft.

A meeting on Thursday was supposed to continue the conversation and allow Boudreau and psychiatric nurse practitioner Janet Zalanskas, who would complete assessments of patients and prescribe Suboxone, the chance to respond. They didn’t show, and the location they were interested in won’t be rented to them anymore, Code Enforcement Officer Brian Gaudet said.

About 60 residents who attended a Dover-Foxcroft Planning Board meeting last month to learn about the proposed treatment office debated whether the area’s drug problem is significant enough to merit such a facility. They also were concerned that the proposed location would risk exposing children to those seeking treatment or change the character of the downtown.

“We do not know that she has abandoned her plans to come to Dover-Foxcroft at this point,” Planning Board Chairperson Chris Maas said.

Boudreau was trying to get in touch with Northern Light Health to see if the space at 69 High St. near Mayo Hospital could be used instead, but she had no answer as of two weeks ago, said Dani Buschmann, code officer and planning clerk. Boudreau was not immediately available for comment on Friday morning.

She notified the town office a few hours ahead of the meeting to say that she and Zalanskas would not attend the meeting and thanked the board. The meeting drew four townspeople in person and via Zoom.

If Boudreau is still interested in opening a clinic and finds a new location, she will likely have to submit a new application to the board, Gaudet said. Some submission requirements may remain the same, but if the land use zone changes, Boudreau will have to restart the process.

Boudreau would not have to come before the planning board for approval if the building at 69 High St. is available because using the space as a medical office is already an accepted use, Gaudet said.

The building at 69 High St. served as administrative offices for Regional School Unit 68 for many years before the new SeDoMoCha Elementary School was built with room for the offices, said David McDermott, vice president of medical affairs and senior physician executive at Northern Light Health hospitals in Dover-Foxcroft and Greenville.

Mayo Hospital in Dover-Foxcroft later purchased the building and ran a psychiatry and counseling practice there.

“We did offer MOUD [medication for opioid use disorder] there along with comprehensive mental health services,” he said. “Last summer we integrated those practices into our primary care sites and closed that practice.”

Northern Light Health is in the process of preparing the building for sale, McDermott said. The space won’t be available for rent, but depending on the timing of the sale and the buyer of the building, it could be available in the future, he said.

The board tabled Boudreau’s proposal at the meeting Thursday.