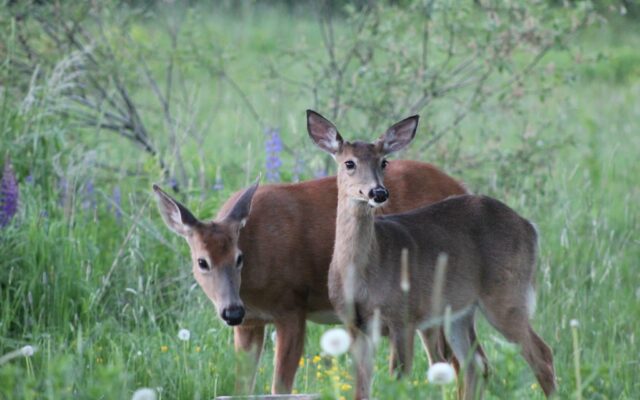 Maine plans to slash deer permits by 37 percent this season

Contributed • May 27, 2022
By Pete Warner, Bangor Daily News Staff The Maine Department of Inland Fisheries and Wildlife has taken the next step toward finalizing a revamped system for the hunting of antlerless deer. At a recent meeting of the DIF&W Advisory Council, the agency recommended that 96,340 antlerless deer permits be issued for the 2022 season.

The Maine Department of Inland Fisheries and Wildlife has taken the next step toward finalizing a revamped system for the hunting of antlerless deer.

At a recent meeting of the DIF&W Advisory Council, the agency recommended that 96,340 antlerless deer permits be issued for the 2022 season. That’s 37 percent fewer than the record 153,910 so-called any-deer permits offered in 2021.

The reduced number is a result of the proposed “antlerless” permit system that would replace the existing “any-deer” model. DIF&W’s plans to drop the any-deer system, under which more hunters were eligible for permits to harvest an antlerless deer — most often instead of a buck — for one that provides the opportunity to shoot both a buck and a doe. The new system would allow hunters to harvest a buck and then take at least one antlerless deer if chosen in the antlerless deer lottery.

“We expect hunters to more eagerly harvest does with antlerless deer permits than they would with any-deer permits,” DIF&W deer biologist Nathan Bieber said.

With the added incentive of putting two deer in the freezer, DIF&W believes the new system would help it move closer to the doe harvest goals it has not been able to achieve in recent years.

“Hunters will be more willing to use a permit to take a doe if they can keep on buck hunting afterwards,” Bieber said.

In order to develop permit recommendations, DIF&W first identifies its desired level of doe harvest and then estimates how many permits will be needed to achieve that goal. The department relies on harvest data, biological information, winter severity data from monitoring stations, recruitment data from its citizen science project and other considerations to develop recommendations.

Using those criteria, the state set a harvest goal of 13,809 does, which is 9 percent lower than a year ago.

What has changed under the new model is DIF&W’s “expansion factors.” Those are numbers calculated to account for the fact that only some holders of antlerless permits will be successful.

“An expansion factor of 10, for example, means we estimate we’ll have to issue 10 permits for every 1 doe harvested,” Bieber said. “These expansion factors will be lower with antlerless deer permits than they were with any-deer permits.”

Antlerless permit distributions would be highest in areas with the greatest need for reducing populations due to factors such as Lyme disease prevalence, deer-vehicle collisions, human-deer conflicts and historic deer harvest levels. Bieber conceded that biologists used some educated guesswork in applying the new expansion factors.

The methodology for awarding the antlerless deer permits, if approved, is expected to yield a higher deer harvest. Hunters would be limited to two requested Wildlife Management Districts in which they would pursue an antlerless deer. If selected in the lottery, they would pay $12 for the permit.

Under the new guidelines, hunters who use a bow or crossbow during the regular archery season may take an antlerless deer without a permit in 16 designated WMDs. Antlerless deer also would be fair game in any zone on Youth Deer Day.

In spite of the state’s difficulties achieving its desired harvest of does, 2021 was a productive year overall for Maine deer hunters. The total harvest of 38,889 was the highest since 1968, when hunters killed 41,080 deer.

The next step in the process of implementing the proposed antlerless deer permit system comes in the form of a public hearing scheduled for 4 p.m. on June 4 at the DIF&W offices in Augusta. The deadline for written comments is June 24.