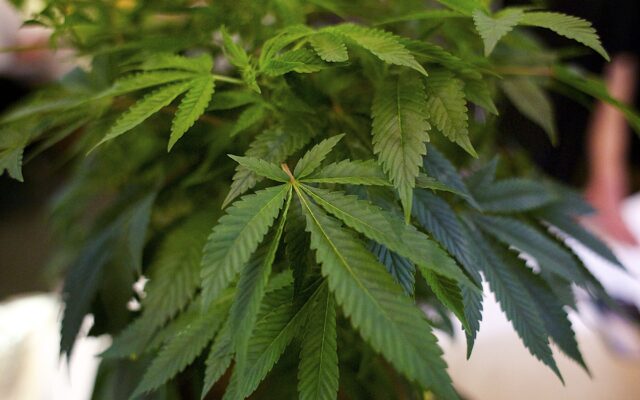 Valerie Royzman • May 25, 2022
DOVER-FOXCROFT, Maine — The Dover-Foxcroft Select Board agreed Monday to place a temporary pause on a new medical marijuana caregiver ordinance after realizing its unintended consequences could hurt local families. The ordinance, which residents approved at the annual town meeting in April, requires medical marijuana caregivers to get a permit in Dover-Foxcroft beyond the required state license.

The ordinance, which residents approved at the annual town meeting in April, requires medical marijuana caregivers to get a permit in Dover-Foxcroft beyond the required state license. Earlier this month, a concerned resident told the board about his mother-in-law who suffers from Alzheimer’s disease and relies on medical marijuana and will be adversely affected by the ordinance.

The ordinance, created by the town’s land use committee, was meant to stop people from growing marijuana, especially on a commercial scale, without proper licensure and facilities. It was also the latest action by townspeople related to marijuana after they voted down ballot questions last year that would have allowed recreational marijuana shops and testing facilities.

With the ordinance on pause to prevent harm to families like those of Charles Hildebrant, the concerned resident, it goes back to the drawing board.

“The attorney felt the best way to implement the moratorium is to apply [it] to the entire amendment and not try to parse out a sentence or two,” Town Manager Jack Clukey said. “It would be difficult to isolate just one section.”

The ordinance makes no real distinction between a licensed medical marijuana caregiver and a caregiver who is exempt, he said. Performance standards are the same for both.

Language in a section of the marijuana ordinance that lists performance standards, such as property line setbacks, screening requirements and more, prevents Hildebrant from growing cannabis to aid his mother-in-law, Bettie, he told the board at a meeting May 9.

“Time is everything,” he said then. “It takes the season to produce the crop.”

Recent amendments to the ordinance prohibit medical marijuana and adult-use marijuana activities such as cultivation and manufacturing, and list exceptions related to caregivers and people who are exempt as part of hospice and other health care facilities. Amendments also impose performance standards, according to a moratorium ordinance document that the Select Board reviewed Monday. The amendments are effective June 14, the document said.

The moratorium, effective immediately, lasts six months, but the board can choose to extend, repeal or modify it, Clukey said.

The moratorium essentially tables the amended ordinance and gives the town a chance to review language. The land use committee may choose to eliminate or modify requirements that may have unintended consequences for people who provide medical marijuana to family members for pain management, hospice care and other treatments.

Select Board member Stephen Grammont, who also serves on the land use committee, said it shouldn’t take the committee long to make revisions because they aren’t rewriting the entire ordinance. It could be back to the Select Board in the next month or so, he said.

Besides looking at what standards to apply to an exempt caregiver versus a non-exempt caregiver, other language in the ordinance could probably be clarified to avoid ambiguity, Clukey said.

The date that the board votes on the revised ordinance is not germane because the moratorium is in place and allows people like Hildebrant to put his plants outside, Grammont said.

“I’m not as optimistic as you are about one meeting clearing this up,” Hildebrant said, noting that he heard board members talking about medical marijuana caregivers rather than unregistered people in a situation like his. He hopes the land use committee invites representatives from places like hospice to weigh in.

Grammont said it could take longer than a single meeting to resolve issues, but the process is made easier because the group isn’t starting from scratch. Hildebrant will be receiving a call, he said.

“The intent is to do this once and get it right,” he said.