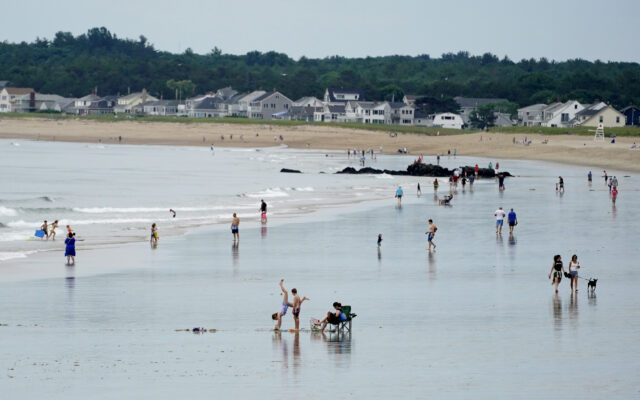 Contributed • May 21, 2022
By David Marino Jr., Bangor Daily News Staff More than a third of Airbnb units in Maine are concentrated in just 10 tourism communities, according to an analysis of data from Airbnb tracker AirDNA.

More than a third of Airbnb units in Maine are concentrated in just 10 tourism communities, according to an analysis of data from Airbnb tracker AirDNA.

Portland led the list with 680 active listings, followed by York, Wells, Newry, Bar Harbor, Old Orchard Beach, Rangeley, Bethel, Kingfield and Ellsworth. The 10 towns make up 3,500 of Maine’s nearly 10,000 active Airbnb listings, defined as those that have been either booked or available for at least one day in the past month.

The numbers showcase how Airbnbs have gained ground from hotels and other lodgings in popular tourist towns to the potential risk of local renters. Studies over the past few years show a clear trend of short-term rentals like Airbnb decreasing the supply of long-term rentals and likely raising costs of renting and buying.

The top listings are a combination of popular tourist destinations along Maine’s coast in the Portland metro and Bar Harbor areas, as well as lodging for people traveling to the state’s recreation hotspots.

As Maine inches closer to a summer that could be its busiest ever for short-term rentals, the numbers also provide a preview of the spots that will likely see the largest influx of tourists, busying local roads but also generating significant revenue for businesses.

Some of the top communities for Airbnbs have reversed seasonal traffic. Newry, which is the home of Sunday River ski resort, has by far the most active listings per capita. Its number of active listings is close to its population of 411 in the 2020 U.S. Census.

While Portland has by far the most absolute listings, its listings per capita of around 10 per 1,000 people in the city is fairly low statewide, falling below far smaller cities and towns like Dover-Foxcroft (10.9 per 1,000).

AirDNA data for Rangeley, Bethel, Kingfield and Ellsworth did not exactly correspond to town borders and included data from neighboring areas. AirDNA uses Airbnb data to track listings. Airbnb does not release local counts below the county level.

Some of Maine’s biggest communities have relatively few listings. Lewiston, the second-most populous city in Maine, has just 18. Both Sanford with 22,000 people and Gorham with 18,000 each had nine while the state capital of Augusta had 32.

Bangor was listed as having 81, although that includes neighboring communities within the city’s zip code of Glenburn, Hermon and Veazie.

Kittery, Maine’s southernmost town, began limiting the number of short-term rentals in 2020 amid fears they were pricing out renters, had 63 active listings, while neighboring York had nearly 400.