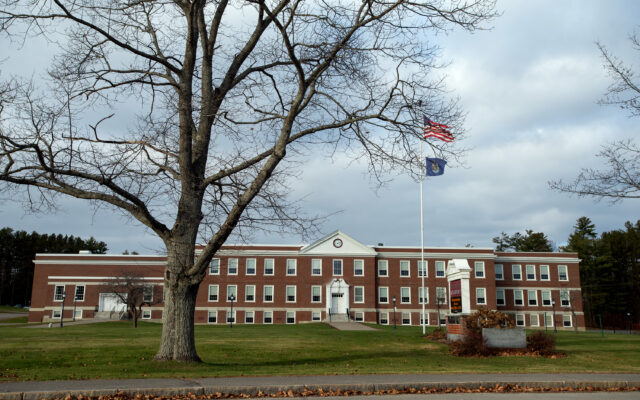 Valerie Royzman • May 16, 2022
DOVER-FOXCROFT — The two Foxcroft Academy students accused of sexually assaulting a classmate in February are not attending classes on campus, even though a judge’s order would allow it, according to a school official. Foxcroft Academy leaders are reviewing the judge’s order with the school’s lawyer that allows the two accused teens to attend school along with the alleged victim, Head of School Arnold Shorey said on Monday.

Foxcroft Academy leaders are reviewing the judge’s order with the school’s lawyer that allows the two accused teens to attend school along with the alleged victim, Head of School Arnold Shorey said on Monday.

The private preparatory high school has worked with the victim and his family, along with law enforcement, to ensure student safety, he said, though he did not provide specifics.

Two students facing gross sexual assault charges that stem from an alleged incident in Charleston on Feb. 20 denied the charges Friday in Newport District Court. The 17-year-old from Dover-Foxcroft and the 16-year-old from Charleston are allowed to attend Foxcroft Academy, although they are to have no contact with the victim and witnesses, District Court Judge Charles Budd decided. Some townspeople are frustrated by the judge’s and school’s responses. A community member created an online petition to remove the teens from Foxcroft Academy, and a peaceful protest is planned for Wednesday morning.

“Foxcroft Academy had no input in the judge’s decision,” Shorey said. “We are currently reviewing the order with our legal counsel to ensure our campus remains a safe learning environment for all our students.”

The teens are charged with three counts of gross sexual assault, including classes A, B and C. The one from Charleston was also charged with criminal threatening, a Class D crime, and tampering with the victim, a Class B crime.

The victim and teen from Charleston began wrestling at a witness’ home in Charleston, and the victim was placed into a headlock position, faced down on the couch, then was allegedly sexually assaulted, according to an incident report from the Penobscot County Sheriff’s Office.

Because the alleged incident happened outside of school and was not associated with any Foxcroft Academy events, school officials turned the information over to authorities when they were first made aware, which is protocol, Shorey said. He did not say when school officials were made aware of it.

“Foxcroft Academy takes campus safety seriously,” he said. “We strive to ensure our campus is a safe and welcoming environment. We have safety and security policies and protocols in place. Our staff is trained to handle situations that occur on school grounds or at school events.”

Dover-Foxcroft resident Ashley Gosselin and her sister-in-law Elizabeth Walsh, whose daughters attend Foxcroft Academy, are organizing a walkout and peaceful protest outside the school on Wednesday.

They’re encouraging students to walk out at 8:05 a.m., when the first bell rings, and have been using word of mouth and social media to spread the word, Gosselin said.

“The victim needs to know that his community supports him, believes him and wants him to be safe,” she said. “I don’t know the victim, but I want him to feel his schoolmates’ and community’s love and care for him and what he’s endured.”

Gosselin also questioned the example the school is setting by allowing the juveniles to return to Foxcroft Academy. Victims are encouraged to report, but in many cases they do and aren’t protected, which is wrong, she said.

She also created a petition on Change.org to remove the teens from school while they await upcoming court dates. The petition had garnered 1,110 signatures by 5:20 p.m. Monday.

Correction: An earlier version of this story requires clarification. Foxcroft Academy’s statement on the two students accused of sexually assaulting a classmate did not address disciplinary action directly, except to say that they cannot by law comment on individual students.