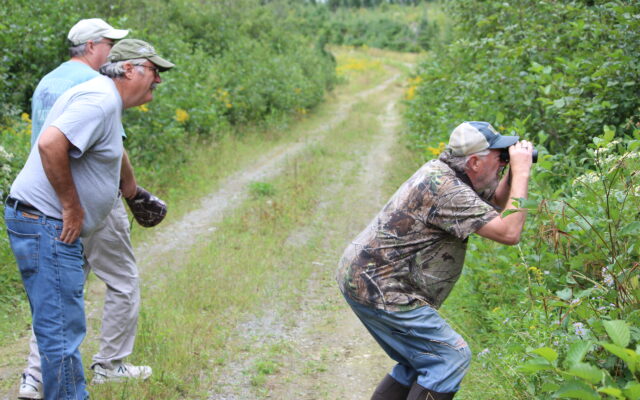 Contributed • May 11, 2022
By Pete Warner, Bangor Daily News Staff Every year, it’s the same thing. When it comes to submitting my application for Maine’s moose permit lottery, I wait and wait.

Every year, it’s the same thing. When it comes to submitting my application for Maine’s moose permit lottery, I wait and wait.

Usually, I scramble in time to enter the lottery. A few years ago, despite constant reminders from my hunting buddies, I didn’t.

That’s why I’m sending out this friendly reminder to other procrastinating hunters interested in pursuing the state’s largest big game animal to submit your applications today.

Time is running out. Forms must be received electronically by 11:59 p.m. Thursday.

The winners will be announced on Saturday, June 11, when the Maine Department of Inland Fisheries and Wildlife conducts the lottery from 2 p.m. to 5 p.m. at the Jackman Town Office field.

It will be the first live, in-person moose lottery since 2019 after the previous two events were canceled because of the COVID-19 pandemic. The Jackman Region Moose Lottery Festival will include a variety of activities in conjunction with the drawing.

We will have the complete list of winners shortly after the live drawing ends so you can see who’ll be pursuing a moose later this year.

You can start the online application process here.

DIF&W has proposed a small increase in permits for 2022. An additional 50 antlerless moose permits in Wildlife Management District 8, west of Moosehead Lake, would push the total available permits this year to 4,080.

That increase still must be approved later this spring by the DIF&W Advisory Council later this month.

Last year was a more challenging one for moose hunters, who achieved a 68 percent success rate for the regular statewide season. Hunters filled 2,353 of 3,520 available tags, the third lowest harvest by percentage of permits filled in the 41-year history of Maine’s hunt.

That did not include that data from the state’s first Adaptive Unit Hunt, a five-year initiative to test how lowering the population density of moose in a specific region might impact moose mortality from winter ticks.

Hunters who were confined to so-called WMD 4A, the western half of WMD 4 north of the Golden Road, harvested 254 antlerless moose — cows and calves — among 550 available permits. That’s a success rate of 46 percent in an area that is remote and difficult to hunt, but which is home to a large population of moose, many of which have been impacted by winter ticks.

Maine is still home to tremendous opportunities when it comes to hunting moose. Our population is the highest in the lower 48 states, estimated to be between 60,000 and 70,000 animals.

However, there is stiff competition to be selected as one of the lucky hunters. An average of 50,000 people submit applications for the hunt, according to DIF&W.

Speaking of which, time is running out. It’s time for me to fill out my application!