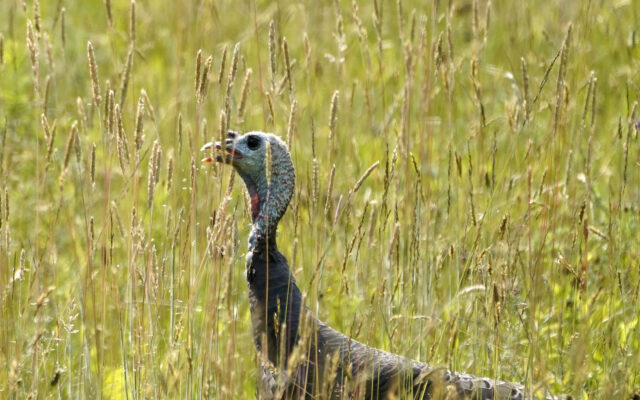 Contributed • May 1, 2022
By Pete Warner, Bangor Daily News Staff If you’ve driven along country roads past open fields or even down I-95 during the last few weeks, you’ve probably noticed: wild turkeys are again strutting their stuff. That means every camouflage-clad hunter in Maine will have a shot during the next four weeks to participate in one of the state’s most thrilling pursuits.

If you’ve driven along country roads past open fields or even down I-95 during the last few weeks, you’ve probably noticed: wild turkeys are again strutting their stuff.

That means every camouflage-clad hunter in Maine will have a shot during the next four weeks to participate in one of the state’s most thrilling pursuits.

The quest for a bearded turkey began Saturday with Youth Spring Wild Turkey Day, which is reserved for hunters ages 16 and under who hold a valid junior hunting license. The season for remaining hunters got under way on Monday.

Youth hunters account for approximately 8 to 10 percent of the annual wild turkey harvest, according to Kelsey Sullivan, a wildlife biologist for the Maine Department of Inland Fisheries and Wildlife. Last spring, 481 turkeys were shot on youth day, accounting for 8 percent of the total.

The spring season, which runs through June 4, has smaller bag limits than in the fall, when birds of either sex may be targeted. In Wildlife Management Districts 7 and 9-29, hunters may harvest two bearded turkeys. That focuses the hunt on male birds, known as toms and jakes, although some hens (females) may have a beard, also.

Hunters in WMDs 1-6 and 8, which encompass much of northern Maine and the area west and north of Moosehead Lake, may take one bearded male bird. There are fewer wild turkeys in those areas, thus the lower bag limit.

Hunters are required to take their harvested turkeys to a licensed game registration station during the spring season. That differs from the fall season, during which it is not required to present turkeys for tagging. That change stemmed from a law enacted last year.

Eliminating the requirement to register turkeys in the fall season relieves the burden on hunters without compromising the department’s ability to monitor and manage the population, according to DIF&W Wildlife Division Director Nate Webb.

However, there likely will be further alterations to the process of turkey registrations starting in 2022. A bill that is expected to pass in the Legislature later this year would give turkey hunters the option to register their birds either in person or electronically.

There are special rules for the adults who head afield with the youngsters on youth turkey day. They are defined by DIF&W as “junior hunter supervisors.”

Hunters who have turned 16 and possess a junior license are eligible on youth day, but still must have adult supervision, even if they have completed the hunter safety course.

The accompanying parent, guardian or qualified adult cannot possess a firearm, bow and arrow or crossbow. The exception is possession of a handgun, which may not be used for the purpose of hunting.

Last spring, 5,891 wild turkeys were harvested by hunters in Maine. Those numbers are now only tallied during the spring season, when tagging is required.

The spring 2021 total was 5 percent lower than the estimated 6,216 turkeys harvested in 2020, when registration of the birds was waived by Gov. Janet Mills in the early days of the COVID-19 pandemic. It was 4 percent below the average of the previous four seasons.

The highest spring tally during the last five years came in 2019, when 6,612 turkeys were harvested by hunters.

If you’re looking for some general intel in regard to the best areas to shoot a wild turkey, here’s what you should know.