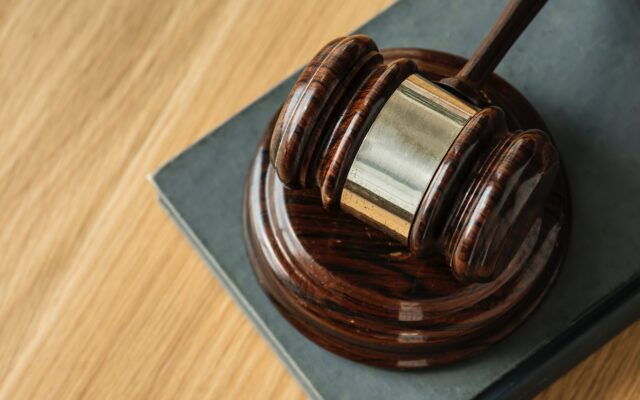 Judge sets cash bail for Guilford woman accused of stealing $900,000 from her employer

Valerie Royzman • April 28, 2022
DOVER-FOXCROFT — A judge on Thursday ordered a Guilford woman accused of stealing more than $900,000 from her former employer over three years to be held on $25,000 cash bail.  Terri Moulton, 51, is charged with Class B theft, according to the Piscataquis County District Attorney’s Office.

DOVER-FOXCROFT — A judge on Thursday ordered a Guilford woman accused of stealing more than $900,000 from her former employer over three years to be held on $25,000 cash bail.

Terri Moulton, 51, is charged with Class B theft, according to the Piscataquis County District Attorney’s Office. She was arrested Monday and held at the jail in Dover-Foxcroft.

Moulton had her first court appearance before District Court Judge John Lucy on Thursday morning. He ordered that Moulton not enter the premises of DeWitt Machine & Fabrication Inc. in Medford, the company where Moulton worked as a bookkeeper for more than 12 years. Moulton is also not to have contact with Anson DeWitt, Liza DeWitt and Keith DeWitt.

Given the magnitude of the case, a $25,000 cash bail is appropriate, Assistant District Attorney R. Christopher Almy said Thursday. Moulton doesn’t have any criminal history besides a bad check from 2001, he said. Almy tuned into the court appearance via Zoom.

“Over roughly a two-year period, this defendant stole over $900,000 by cash withdrawals, using a credit card or by forging checks, so she has significant reason to leave the area,” Almy said.

The amount of money allegedly stolen is one of the highest embezzlement amounts that Almy has seen in Penobscot or Piscataquis counties, he told the Bangor Daily News earlier this week.

She is also accused of using company funds to cover personal expenses, including work on her car, car insurance and power bills.

Seth Harrow, who represented Moulton as the lawyer of the day, objected. He argued that a $500 bail was more reasonable because of Moulton’s age, lack of criminal history and ties to Guilford.

Moulton has lived in Guilford for 22 years and in Piscataquis County her entire life, Harrow said via Zoom. She cares for her ill parents in the area and also has siblings, a daughter and two grandchildren nearby, he said.