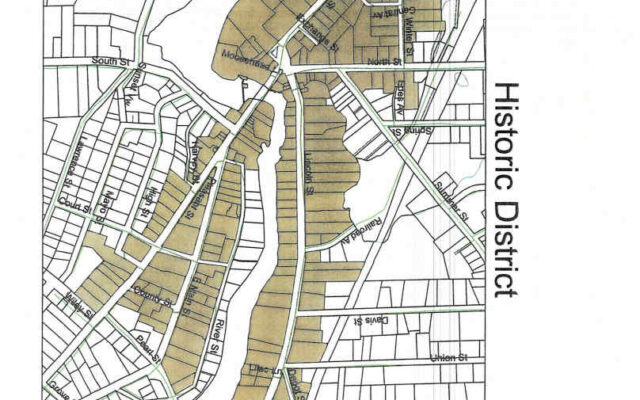 Valerie Royzman • April 27, 2022
DOVER-FOXCROFT — A proposed moratorium that would keep affordable housing out of Dover-Foxcroft’s historic district is confounding local officials during a time when Mainers statewide are already struggling to find places to live.  The Dover-Foxcroft Select Board on Monday tabled a revised version of a proposed moratorium — which pertained to manufactured housing in the district and was initially tabled during an April 11 meeting — that would target mobile homes specifically.

DOVER-FOXCROFT — A proposed moratorium that would keep affordable housing out of Dover-Foxcroft’s historic district is confounding local officials during a time when Mainers statewide are already struggling to find places to live.

The Dover-Foxcroft Select Board on Monday tabled a revised version of a proposed moratorium — which pertained to manufactured housing in the district and was initially tabled during an April 11 meeting — that would target mobile homes specifically.

It’s the latest volley in the town’s discussions about what should be allowed in that area. At a time when affordable housing is an issue in Maine, Dover-Foxcroft is trying to manage its concerns about development and residents’ high interest in establishing mobile homes while also preserving the historic district.

Based on feedback from the April 11 hearing, town land use planning consultant Gwen Hilton changed language in the proposed moratorium to focus on mobile homes rather than the broader manufactured housing.

Mobile homes threaten the historic district’s character and the cultural value of the town, plus the aesthetics and the town’s use of the area for community parades and events, according to a draft of the amended moratorium.

The moratorium would pause permitting for and placement of mobile homes in the area for 180 days, which the Select Board can extend, repeal or modify, to give town leadership time to examine land use, especially as it pertains to the historic district.

On Monday, Board Chair Elwood Edgerly said the moratorium singled out a particular housing structure, was rushed and needed to be more thoughtful. Other members suggested that there’s room for a larger conversation about structures permitted in a historic district.

Planning board members previously suggested more consideration into the meaning of a historic district, Vice Chair Cindy Freeman Cyr said. “I know that we’ve been reluctant to be really strict about what it does mean,” she said.

She wondered if other structures in the historic district should be examined.

If the board is going to address an issue or it has some pending ordinance, the purpose of a moratorium is to pause activity to prevent people from slipping under the radar, Select Board member Stephen Grammont said.

If the board isn’t sure whether it will move forward with a particular ordinance, it shouldn’t have a moratorium and halt an allowed activity, he said.

“I don’t think it’s really clear that we’re working toward something specific about mobile homes,” Grammont said. “It might be that we have a more general look at what is permitted in the historic district.”

Select Board member Barry Hutchins — who came to the planning board with other Lincoln Street residents and asked about a zoning change on mobile homes — still supported the moratorium but also agreed with Grammont.

“Since that initial conversation, I have not heard another member of the public speak in support of this,” he said. “That’s very telling.”

After the Select Board voted, it agreed to review the moratorium again with the planning board and land use ordinance committee. If the board decides it is comfortable with a future moratorium draft, another hearing would be held before a vote.

Even without a moratorium, the board could ask other entities within the town to take a deeper look at the historic district and whether regulations of any kind should be put in place, Town Manager Jack Clukey said.