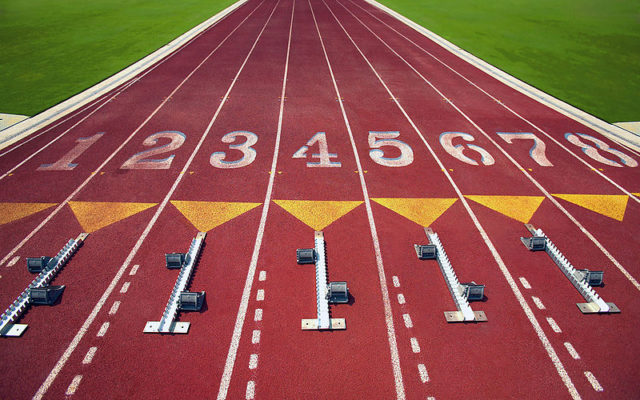 Four of the area’s high school outdoor track and field teams began the 2022 season this past week.

On April 20 both Piscataquis Community High School and Dexter Regional High School traveled to the Brewer Community School for a Penobscot Valley Conference meet. The Pirate girls scored 49 points to place fourth among a field of six teams, while Dexter came in fifth with 21 points.

PCHS junior Samantha Goodwin earned top honors in the 400 with a time of 1 minute, 14.67 seconds. She also came in third in the javelin with a throw measuring 73 feet, 8 inches.

Senior Ariana Fanjoy, freshman Sarah Silva, Goodwin, and Sipple combined for a time of 59.64 seconds in the 4×100 relay to finish second.

Junior Kendall Kimball added a second-place throw for PCHS in the javelin, with her top throw measuring exactly 74 feet.

For Dexter, juniors Christian Warner and Lauryn Brunner were second and third in the high jump with respective heights of 4-02 and 4-00. Warner also came in sixth in the triple jump at 27-09.75.

Tiger junior Elyssa Jerome placed third in the 100 hurdles with a time of 19.95 seconds.

The Dexter boys finished the day with 18 points to place fifth among five point-scoring schools.

Senior Gage Sinclair came in second in the javelin with his top throw measuring 105-11. He also was fifth in the discus at 102-00.

Senior Cameron Allen placed fifth in the triple jump and sixth in the long jump at respective distances of 35-04 and 16-05.

The Pony girls picked up six points to place ninth among nine schools. Pony junior Nora Koskela-Koivisto placed third in the 400 with her time of 1:09.39.

The boys from Foxcroft Academy finished with 64 points to come in sixth among a field of 10 teams.

Senior Jesse Drury had three second-place finishes. He ran the 100 in 11.68 seconds and cleared 9-06 in the pole vault. Drury anchored the second-place 4×100 relay, joining sophomore Jackson Smith, senior Bodie Clarke, and junior Kyle Jankunas for a time of 47.36 seconds.

Smith finished second in the high jump, clearing the bar at 5-08.

Greenville High School began its season at Old Town High School on April 23. The Laker girls were ninth among nine schools with one point and the boys were ninth of nine with a score of three points.

Greenville sophomore Lily Kreider came in sixth in the 110 hurdles at a time of 23.77 seconds.