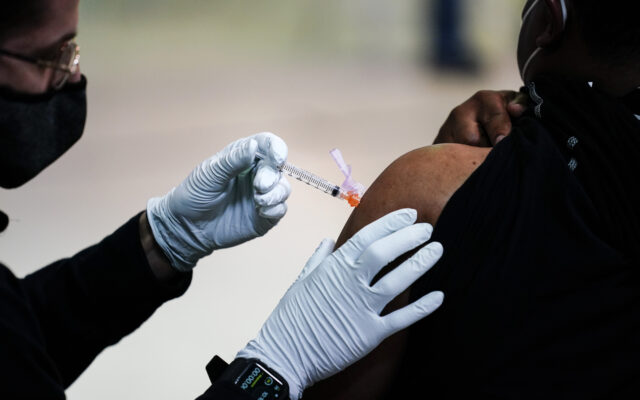 Cheers to the vaccine volunteers

Contributed • April 26, 2022
By BDN Editorial Board Nearly 1,000 people in the Bangor area and across Maine proved Alexis de Tocqueville right this past year.  It was Tocqueville who, all the way back in the 1830s, observed the power of individual Americans coming together with a shared civic purpose.

Nearly 1,000 people in the Bangor area and across Maine proved Alexis de Tocqueville right this past year.

It was Tocqueville who, all the way back in the 1830s, observed the power of individual Americans coming together with a shared civic purpose. That same power was displayed in 2021 by the 925 volunteers who helped at Northern Light vaccination clinics around the state.

“As soon as several of the inhabitants of the United States have conceived a sentiment or an idea that they want to produce in the world, they seek each other out; and when they have found each other, they unite,” wrote Tocqueville, the French political scientist and philosopher who authored “Democracy in America” after visiting and studying this country. “From then on, they are no longer isolated men, but a power one sees from afar, whose actions serve as an example; a power that speaks, and to which one listens.”

More than 180 years later, we won’t pretend that this is an especially united moment in American history. But the vaccination volunteers are a good example of this more hopeful view of America and American volunteerism.

As BDN reporter Kathleen O’Brien explained, Northern Light released the volunteer figure last week, which was also National Volunteer Week. Stacey Coventry, Northern Light’s director of volunteer and community development services, credited these volunteers for helping turn the Cross Center in Bangor into a well-oiled vaccination machine while offering “a warm, friendly face that welcomed people and escorted them through the process, often easing the anxiety of many who came and were nervous about being vaccinated and navigating the size of the clinic.”

The most important review of these volunteers came not from Northern Light or from this paper, but from the people who went to the Cross Center last year to get vaccinated and help protect themselves and blunt the impact COVID-19 has had on our society.

“The volunteers were great,” Marietta D’Agostino told the BDN last spring. “They really made it a positive experience.”

Plus, it wasn’t just a positive experience these volunteers were helping to provide. By one estimate from the Commonwealth Fund, COVID vaccines prevented over 2 million deaths and 17 million hospitalizations in the U.S. through March 2022. Those vaccines didn’t administer themselves. By being part of that process, volunteers played a direct role in saving lives and reducing health care costs.

This is just one example of the many ways that volunteers in Maine and across the country make a difference. According to a chart on the U.S. Census Bureau website, Maine ranks in the top 10 for volunteerism compared to other states. Many Mainers help each other in many different ways.

Even with vaccines, people were helping in different ways. Not everyone was volunteering at vaccination sites — some people were volunteering their time and efforts to help others navigate the sign-up process and make sure they secured an appointment. As of mid March last year, Gunjan Gilbert of Franklin estimated she had helped between 60 and 80 people, many of them older, get appointments.

“It is very satisfying,” she said at the time. “In this thing, we are all in it together. The sooner we can help each other, the better off we will be.”

The progress made in the pandemic didn’t just happen on its own; people made it happen by helping each other. That is worth celebrating during National Volunteer Week and throughout the year.