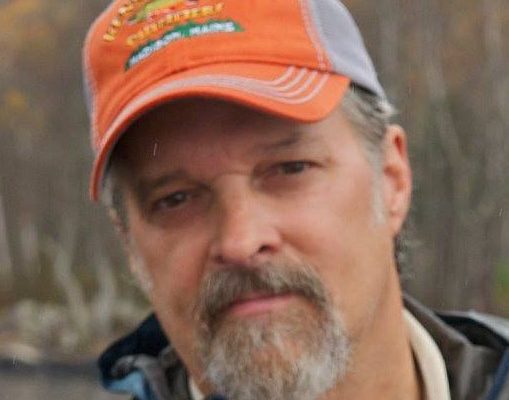 Contributed • April 25, 2022
By Bob Mallard Brook trout are native to most of Quebec, Newfoundland, Labrador, New Brunswick, Nova Scotia and much of Ontario in Canada. In the United States, they are native to the Great Lakes region, New England and south along the Appalachian Mountain Range to northern Georgia.

Brook trout are native to most of Quebec, Newfoundland, Labrador, New Brunswick, Nova Scotia and much of Ontario in Canada. In the United States, they are native to the Great Lakes region, New England and south along the Appalachian Mountain Range to northern Georgia.

As salmonids go, they have a large and varied native range.

Maine is home to the widest diversity of brook trout in the nation. We have large lake fish, pond fish, big river fish, a range of stream fish and sea-run fish. This is part of what makes Maine special.

From a genetic standpoint, all other brook trout are more or less the same.

Conversely, there are 15 subspecies of cutthroat trout, two of which are extinct: Alvord and yellowfin. There are 13 subspecies of rainbow trout, and possibly 15, as Mexican rainbow could be three separate subspecies.

While the term is thrown around a lot, and often misused, there are only two formally recognized strains of brook trout, northern and southern. The southern boundary is the New River drainage in southwestern Virginia.

While genetically different, they are not different enough to warrant subspecies designation. It is said that northern strain brook trout are more thermal and acidity tolerant.

There are two lifeforms of brook trout, or life history strategies, that are notably different than the rest: Sea-run and coasters. These have even less genetic differences than strains and are more about behavior than anything else.

This is likely driven by need and opportunity, and possibly personality, for lack of a better word, as not all fish within a population classified as such demonstrate the same behavior.

Sea-run brook trout, or salters, are best described as diadromous, meaning they move between freshwater and saltwater. They are not anadromous as noted by some, as those are saltwater fish that spawn in freshwater such as Atlantic and Pacific salmon.

Sea-run brook trout use saltwater and brackish habitat for thermal refuge, to escape low stream levels, and for forage. Interestingly, as the salters of Cape Cod are moving back into streams, those found in Acadia National Park are moving into the ocean.

Coasters are a form of potamodromous brook trout that live in the upper Great Lakes, mostly Lake Superior. These large brook trout live inshore in the Great Lakes, but move into rivers and streams to spawn. They are similar to salters in some ways, except they never leave freshwater. Coasters use lake habitat for forage, growing much larger than their stream-resident cousins. In fact, some of the largest brook trout caught, including the world record, are coasters.

Wild native brook trout are also found in lakes, ponds, rivers and streams. From sprawling Moosehead Lake in Maine to tiny backcountry beaver ponds in the Midwest, and from large rivers such as the Rapid in Maine, to small mountain headwater streams in southern Appalachia, brook trout occupy a wide range of habitat. They can be found in meadow streams, spring creeks, rugged high-gradient freestone streams, and even manmade tailwaters.

Large lake brook trout outside the Great Lakes demonstrate some of the same behavior as coasters, moving between lake and stream habitat. In the case of Moosehead Lake, some brook trout spawn in-lake, and possibly never leave it. In other cases, they spawn in tributaries, or in the case of those that run up the Roach River each fall, tributaries of tributaries.

Pond-dwelling brook trout are equally unique. Some spend their entire life in a pond, while others move into tributaries to spawn. Those spawned in streams spend the early part of their life there before moving into ponds.

While there are certainly exceptions, some of the largest brook trout I encounter come from ponds with limited stream spawning habitat. This is likely due to low recruitment and fewer mouths to feed, but there could be more to it.

Large river brook trout often, but not always, spawn in tributary streams. But those in the fabled Rapid River spawn in the mainstem, likely due to a lack of suitable tributary stream spawning habitat. In rivers such as the Magalloway in Maine, they move into tributaries to spawn. Large river brook trout usually outperform their stream cousins in regard to size, due to elbow room, and more diverse forage.

Brook trout are diverse in regard to behavior if not genetics. What they lack in genetic diversity, they more than make up for in behavioral, or life history strategy diversity.