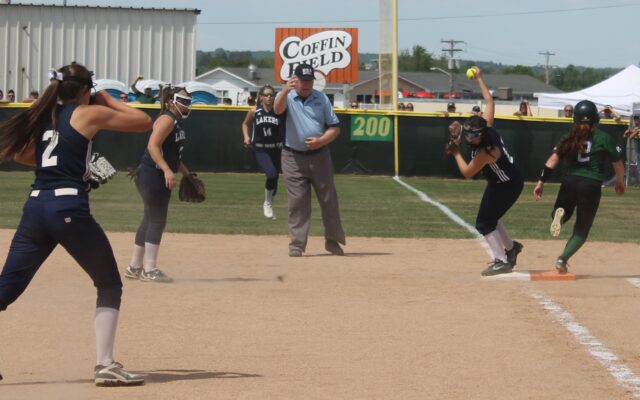 Contributed • April 16, 2022
By Ernie Clark, Bangor Daily News Staff The dawn of a new spring sports season for Maine high school teams brings with it some lingering accommodations for the presence of COVID-19 as well as some scheduling changes for the regional and state championship games in baseball and softball. Open tournaments are planned for the Heal point sports being contested — baseball, softball, tennis and lacrosse — for the second straight spring, with all teams being eligible to participate in postseason play.

The dawn of a new spring sports season for Maine high school teams brings with it some lingering accommodations for the presence of COVID-19 as well as some scheduling changes for the regional and state championship games in baseball and softball.

Open tournaments are planned for the Heal point sports being contested — baseball, softball, tennis and lacrosse — for the second straight spring, with all teams being eligible to participate in postseason play.

Teams will have the option of declining those playoff opportunities, but won’t be penalized if they are unable to play all the games on their schedules due to issues related to the coronavirus.

Under Maine Principals’ Association rules, normally if a team doesn’t complete its schedule once it starts the regular season, it is suspended from varsity competition for the following two years.

“The number of COVID cases and the impact they’re having on schools has declined significantly but it hasn’t gone away,” MPA Interscholastic Executive Director Mike Burnham said. “So we decided to take one more season and if schools are having to deal with it then we’re not going to remove their teams from the playoffs. We’re very happy that we’re able to move forward with a somewhat normal type of season, but I think we’d be kidding ourselves if we thought there wasn’t the potential for some impact.”

Open tournaments have been held since last spring, including the 2021 fall and 2021-22 winter sports seasons, with an additional round of postseason play added when necessary and the traditional preliminary round expanded to a Round of 16 to accommodate teams that wanted to participate in tournament competition.

Plans call for a return to the traditional postseason system in Heal point sports this fall, with teams then needing to complete their regular-season schedules to be eligible for postseason play and the top 67 percent of the teams in each division qualifying for the playoffs.

One change for the high school baseball and softball seasons will be the staging of all regional championship games on the same Tuesday, this year on June 14.

In the past those games have been split between the Tuesday and Wednesday of championship week, but the potential of games having to be rescheduled due to inclement weather could postpone regional games until Thursday, leaving just one day for the winners between that game and the state final.

Under the new schedule, all regional finals will be scheduled for Tuesday of state championship week, with Wednesday as a rain date.

That change was approved in 2020 for use beginning with the 2021 season but because of continuing COVID-19 complications and the limited availability of some facilities to accommodate the extra games on the same day last year, it was postponed until this spring.

“The request came from the schools themselves,” Burnham said. “We quite often have needed to postpone games on either Tuesday or Wednesday and reschedule them to Thursday. That only left one day for teams before the state game, and that can have an impact on pitching. Scheduling all of the games on Tuesday just puts everybody on the same schedule.”

The need for more baseball and softball fields to accommodate all the regional finals on the same day has added some new host sites to the mix, with the University of Southern Maine in Gorham and the University of Maine in Orono joining the rotation this year.

Northern Maine regional baseball finals will be played Tuesday, June 14, at the following locations: Class A, Morton Field in Augusta; Class B, University of Maine; Classes C and D, Mansfield Stadium in Bangor.

In southern Maine, St. Joseph’s College in Standish will host the baseball regional championships in Classes A and C while USM will host the Classes B and D finals.

State championship baseball games are set for Saturday, June 18, at Morton Field (Class A), Mansfield Stadium (Class C) and the University of Southern Maine (Classes B and D).

The Classes A and C South softball finals will be held at St. Joseph’s College while the B and D games will be played at USM.