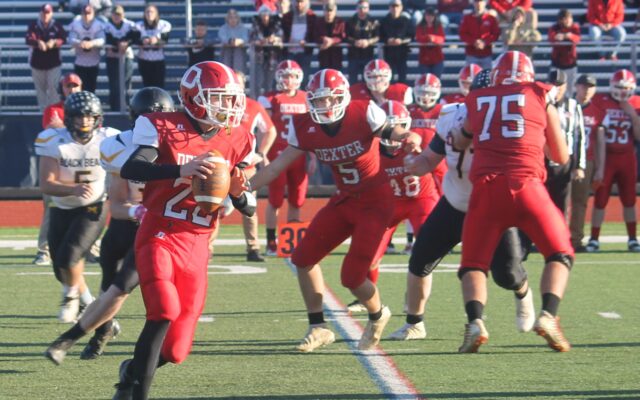 Contributed • January 3, 2022
By Ernie Clark, Bangor Daily News Staff COVID-19’s continuing presence has left the short-term future of many facets of life frustratingly uncertain nearly two years after its emergence. That includes the high school sports world, which has adapted to the changing conditions in an effort to provide some sense of renewed normalcy, particularly for those students who make competition a valued part of their lives In hopes that the pandemic will abate — or even if we must continue to adapt to whatever comes next — here’s a look at some trends to anticipate in Maine high school sports in 2022.

COVID-19’s continuing presence has left the short-term future of many facets of life frustratingly uncertain nearly two years after its emergence.

That includes the high school sports world, which has adapted to the changing conditions in an effort to provide some sense of renewed normalcy, particularly for those students who make competition a valued part of their lives

In hopes that the pandemic will abate — or even if we must continue to adapt to whatever comes next — here’s a look at some trends to anticipate in Maine high school sports in 2022.

Eight-player football arrived in Maine in 2019 to address declining enrollments around the state and related reductions in the number of kids playing the sport after 30 became the new 40 as a typical roster size for many schools.

Ten schools played during the inaugural season, and the success of that effort prompted 15 more schools to join the ranks in 2021 with exciting play throughout the season capped off by Dexter’s last-second 34-30 victory over Maranacook of Readfield in the 8-player small-school state championship game.

The 25 schools playing 8-player football this fall allowed for two state champions to be crowned, with Cheverus of Portland capturing the large-school title.

Even before this season ended there was talk of other schools joining the 8-player ranks in 2022, and no one should be shocked if someday the number of 8-player football schools statewide approaches the number of 11-player, as most public school enrollments are not likely to increase anytime soon.

With preserving high school football around the state as the prime motivation for the Maine Principals’ Association adding 8-player divisions, there also was the additional thought that some schools might use the opportunity to rebuild their programs with an eye toward returning to 11-player football.

That may happen as well, perhaps with Cheverus among those making the move back after an influx of young players during preseason enabled the Stags to field a 43-player roster – including 16 freshmen and 12 sophomores – for their state-championship game appearance.

High school basketball fans, denied the opportunity to watch their teams pursue the gold basketball symbolic of a state championship last winter, are on track to resume state  tournament play come February. Masking and arena capacity limits are likely to be sacrifices made to address the pandemic much as they are now during the return to regular-season play.

One bonus this season is an abundance of talented big men around the state led by a handful of tall, agile forwards who embody the modern game as seen in the NBA and major college basketball.

The arrival of twins Cooper and Ace Flagg as freshmen at Nokomis Regional High School in Newport already has enlivened the state’s basketball scene, with the 6-foot-8 Cooper Flagg ranked among the top freshmen nationwide by numerous publications and 6-7 Ace Flagg also expected to figure prominently for coach Earl Anderson’s club after scoring 16 points with seven rebounds and three blocked shots during the Warriors’ season-opening victory over Bangor.

But they are far from the only big men expected to influence boys basketball around the state both this year and potentially beyond.

J.P. Estrella, a 6-10 junior from South Portland High School, already has received Division I scholarship offers from Providence, Syracuse and Tennessee as well as interest from Harvard, and his team looms as one of the top contenders in Class AA.

Bangor sophomore Landon Clark, at 6-6, also is emerging as a top-flight big man who, like his peers, is able to thrive from the 3-point line to the paint. John Shea of Edward Little, at a rugged 6-5, is a four-year varsity player that should be a difference maker as coach Mike Adams’ Red Eddies bid for the top of the Class AA North standings.

And that’s just the start of a list that figures to make tournament time in 2022 look a little different than most years.

But the recent upgrades to Cameron Stadium — highlighted by its new artificial turf — should ensure the city’s reemergence as a northern and eastern Maine mecca for high school postseason play in other sports.

The refurbished stadium debuted as a state championship site in November when Foxcroft Academy of Dover-Foxcroft edged Winthrop/Monmouth/Hall-Dale for the Class D football crown.

Expect the site to host a track and field state championship meet next June, with field hockey and lacrosse among other sports whose deciding games likely will make their way to the Queen City in coming years.

One concession to COVID-19 was the move by the MPA beginning last spring to stage open tournaments in each class for its Heal point-regulated sports so teams wouldn’t be denied postseason play for having to cancel some games due to pandemic-related issues.

That generally doesn’t require an extra round of postseason play, just more teams qualifying for the traditional preliminary round — known as the Round of 16 in the open format — that leads to the quarterfinals in such sports as baseball, softball, soccer and basketball.

It’s one change worth keeping beyond the current circumstances. Teams at the lower end of the standings would have the option to decline their invitations or to take their chances in postseason play against heavy competitive odds. Several major upsets already have taken place since the installation of an open tournament format last spring, among them No. 16 Gray-New Gloucester’s 6-4 victory over No. 1 Yarmouth in the 2021 Class B South baseball playoffs.