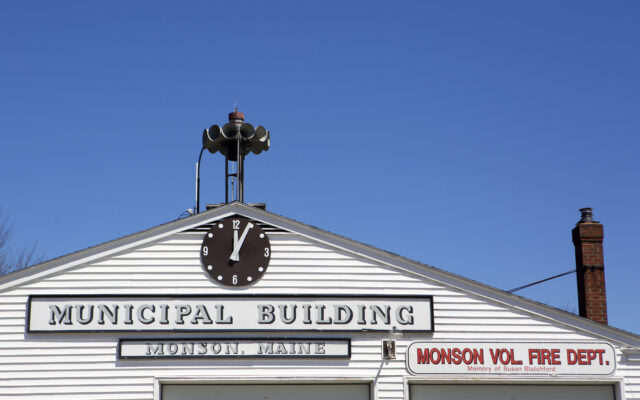 Valerie Royzman • December 30, 2021
MONSON — The town of Monson in Piscataquis County is seeking a new town manager following the departure of Daniel Swain, who resigned in mid-October after nearly four years at the town office. Swain began as the interim manager in November 2017 and transitioned to a permanent role after several months, according to the town website.

MONSON — The town of Monson in Piscataquis County is seeking a new town manager following the departure of Daniel Swain, who resigned in mid-October after nearly four years at the town office.

Swain began as the interim manager in November 2017 and transitioned to a permanent role after several months, according to the town website. He started this week as town administrator and treasurer in Dresden.

“We all just decided it wasn’t a good fit given the needs of the town and what we’re looking for in a town manager. … At the end of the day, he submitted a letter of resignation and we accepted it,” Select Board Chairperson Tyler Adkins said.

The town manager position is posted on the town’s website and Facebook page, along with Indeed.com, Salary.com and other sites. A hiring committee made up of select board members and community stakeholders will be finalized in January to interview candidates and narrow the search, Adkins said. The board is moving quickly but also wants to act carefully to find a candidate whose vision aligns with the town’s vibrancy, especially opportunities related to outdoor recreation and the arts, and the resurgence it has seen in recent years, he said.

The town office has received about eight to nine applications for the position, said Town Clerk Martha Gagnon, who is also serving as the interim town manager.

“The job description itself is fairly boilerplate for the role of town manager in Maine town government,” Adkins said. “If you look at the stats of the town, Monson doesn’t stand out that much. We’re a pretty small population. … But the reality is that there’s a lot of stuff happening, and it’s an exciting time in the town’s history.”

Along with visual improvements, Monson — which has 680 year-round and about 1,200 seasonal residents — has seen a resurgence among small businesses and community groups, Adkins said. The town manager would work closely with others in town on entrepreneurial efforts.

The town has focused on opportunities related to outdoor recreation, the arts and food tourism to boost its growth and vibrancy, which has also attracted more visitors and new residents, the chairperson said.

“We want somebody who is not just going to run the reports and push papers around, but will really be engaged with the community and understanding what people are looking for from their town government, and also more broadly, what they want the town to become,” he said.

Adkins could not provide a set salary for the position, but it’s important that whoever is hired will be fairly compensated for their work, he said.

Although the hiring committee will interview candidates and provide feedback, the select board has the ultimate say on who will fill the position.

Swain posted Oct. 16 on Facebook that he was ending his journey as a town employee in Monson.

“There’s many perks and advantages to working as a local public official,” he said. “However one of the pitfalls is at the end of the day if the Select Board doesn’t agree with the direction you are taking the town, they are the ones who decide your future.”

The town is also searching for a code enforcement officer after Brian Turner retired. He will still serve as Monson’s plumbing inspector, Gagnon said. The job description is being updated and will be posted at a later date.