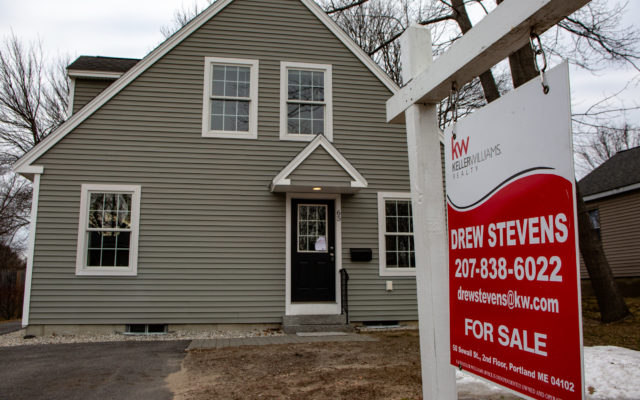 Contributed • December 27, 2021
By Lori Valigra, Bangor Daily News Staff The days of sub-3 percent mortgage rates will end next year as the Federal Reserve tries to combat inflation, making it more expensive to buy a home but only slightly cooling Maine’s hot real estate market, experts say. A confluence of factors will influence home prices and mortgage interest rates in the new year.

The days of sub-3 percent mortgage rates will end next year as the Federal Reserve tries to combat inflation, making it more expensive to buy a home but only slightly cooling Maine’s hot real estate market, experts say.

A confluence of factors will influence home prices and mortgage interest rates in the new year. Interest rate hikes often cause banks to raise mortgage rates when borrowers refinance or start a new mortgage. Rising inflation means higher rates, which could decrease home prices. At the same time, prices tend to rise during times of high inflation.

The result of these conflicting trends is that home prices will keep rising, but not as fast as they have this year, economists say. Homes will be more affordable for all-cash buyers, but they will be more expensive for the vast majority of buyers who have to take out more costly loans.

“We don’t see this as a bubble in the sense that we’re going to have a crash like we did in 2009, just because circumstances are so different,” Mike Fratantoni, chief economist at the Mortgage Bankers Association, said at a recent Bangor Daily News webinar on real estate.

Price relief will take at least a couple of years. Home prices are up 18 percent nationwide at a time when overall inflation is up 6 percent and wages are up 4 percent, he said, so home prices are running far ahead of every other part of the economy. Some are waiting for the market to go back down before they buy, but that won’t happen any time soon.

The imbalance between strong demand and the limited supply of homes existed before the pandemic, Fratantoni said, but it has been amplified by a wave of millennials looking for housing and existing owners wanting bigger homes. Those factors also bump up prices.

Maine also has a supply problem with about 25,000 fewer housing units than it needs, Aaron Bolster, president of the Maine Association of Realtors, said.

New construction slowed during the Great Recession, and Maine and other states haven’t kept up construction to meet housing demand since then, Tim Wells, director of the Greater Portland Community Land Trust, said.

It could take two to three years for housing production to ramp up. Outdated municipal zoning regulations have made it difficult and expensive to build, he said. The state is trying to make it easier to build more homes, including with a new law this year that could boost tiny home building.

At the same time, fewer homes are going onto the market. Single-family home prices in Maine rose more than 15 percent to a median sales price of $270,000 last December compared to December 2019, according to the Maine Association of Realtors. This November, the median sales price was up 11 percent to $300,000 compared to November 2020. But the number of homes sold was down 8 percent, the fifth straight monthly decline. That’s because the inventory of homes for sale was less than half of what it was before the pandemic.

The rising rates could trigger a raft of refinancings before the Federal Reserve raises rates as many as three times in 2022. The rate for a 30-year fixed mortgage is expected to rise from its record low of 2.65 percent in December 2020 to 4 percent by the end of 2022, Fratantoni said. That would bring it back to the pre-pandemic rate. The current average rate is 3.1 percent.

“A 4 percent mortgage rate is historically very, very attractive, but just that increase should be enough to put the brakes on a little,” Fratantoni said.

The confluence of factors that created the current housing market situation makes it difficult to solve. Increasing housing production of all types in the state could help, Jeff Levine, director of the Maine Affordable Housing Coalition, said.

“It’s not going to happen overnight, but it’s definitely something that could help make it easier to buy the home of your dreams,” he said.