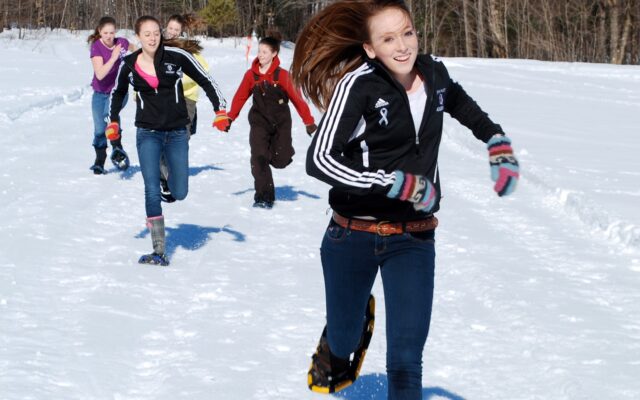 Monson to celebrate Bicentennial with events throughout the year

Monson residents are geared up to celebrate Monson’s 200th birthday in 2022. And they want folks from surrounding communities to be a part of it.

“This is a great town to live in and grow up in,” said Monson Bicentennial Committee member John Wentworth. “We’d like everybody to celebrate with us because they’re all a part of this big community.”

To that end, Wentworth and other members of the committee have a whole year’s worth of celebratory activities planned for everyone who wants to join.

“We’re hoping everybody will participate at some time,” he said.

Monson is kicking off its bicentennial celebration 4-7 p.m. Jan. 1 with a bonfire on the ball field behind the Monson Gym. From there, different family-friendly activities are planned each month throughout the year.

Among the special events is an art show, which runs from June 1 through Oct. 30 and features accomplished artists who have a connection to Monson. The show has been curated by art writer Carl Little, who directed the Blum Gallery at College of the Atlantic for eight years and has helped organize shows at the Farnsworth Art Museum and the Penobscot Marine Museum, said Glenn Poole, president of the Monson Historical Society.

“We wanted to bring in someone with art-historical/curatorial experience to organize a memorable bicentennial show,” Poole said. “I’m pretty excited about the art show.”

Little selected photographers Frank Sherburne, Berenice Abbott and Todd Watts; painters Seth Steward, Gerry Weymouth, James Holmbom, Alan Bray, Milton Christenson, John Bozin and Rebecca Jarvis; and craft artists Jemma Gascoine and Wentworth. The show will be set up in the Pop Up Gallery in the Moore Building and The Gallery in the Monson Arts Building located next to the Monson General Store.

On June 4, the town will host “Nosing Around Monson,” through which business and community groups hold special events designed to introduce visitors – and remind residents – what the town has to offer.

The town was founded in 1817 and incorporated in 1822. Some of the original settlers came from Monson, Massachusetts, as well as from other areas in Maine. Slate was discovered in 1870 and, within 10 years, 10 different slate companies had established themselves within the town, Poole said. The growing slate industry attracted workers from Wales, Sweden, and Finland.

Most of the slate produced in Monson was used for roofing in New England with companies such as General Electric and Allen Bradley also buying what became known as superior quality slate products. The advent of plastics led to a decline in the slate industry, however, with quarries in Monson closing by the 1970s.

The town really “started to suffer,” Poole said, when Moosehead Manufacturing shut down in 2007 after about 60 years in business. Like many companies, it had difficulty competing with cheap Chinese imports.

Despite the decline in its main industries, Monson survived.

“There were certain other towns around … that no longer exist,” said Poole, citing the former town of Wilson as one example.

In 2016, the Libra Foundation, a Portland-based private philanthropy, began work to turn Monson into an arts community. It now hosts residential arts workshops, regularly bringing in new people, who patronize the town’s businesses. The artists live and work in buildings Libra purchased and renovated.

“Luckily they had slate roofs on them and that was kind of the saving grace,” Poole said, noting some of the 30 or so buildings Libra purchased had to be razed.

Now that Libra has completed its work, “it’s up to us to now take that and run with it,” Poole said.

That has begun to happen. Some of the renovated buildings house other new businesses. In addition, last year, new owners revived an antique shop next to the town fire station in a building Libra hadn’t purchased.

And, Poole said, people who grew up in Monson are returning.

“Some people have moved back and people want to move back,” he said. “That’s what’s exciting to me.”

The momentum continues with the bicentennial celebration.

“What a great opportunity to celebrate the new Monson,” Poole said.

Although the town was incorporated in February, the official birthday celebration is planned for April 23 in what will, hopefully, be nicer weather. On that date, dignitaries will give speeches and the State Legislature will make a proclamation honoring the town and its milestone.

The biggest bicentennial events will take place during the summer. Among them is a town barbecue set for July 2, with dance music and a town-wide softball game.

Even annual events will include a little extra birthday flair.

Monson’s annual Summerfest, set for July 16, will include the usual craft fair and fireworks. Special for the bicentennial include talks given by Little on the art show and by Andrew Witmer, author of the Monson history book, “Here and Everywhere Else: Small-Town Maine and the World.” A Monson Academy Alumni Banquet is also scheduled for that day.

On Aug. 20, residents and visitors can enjoy a parade, a special model trail exhibit from Washington state, a kids movie, a performance by the Little Folk Dancers from New Sweden, and demonstrations of Native American dancing and drumming by the St. John Kineo tribe.

The former Monson “Peanut Roaster” narrow gauge railroad engine will be on display as well, with rides offered.

There’s no need to wait for summer, however. Monson’s annual Snow Roller Day is Feb. 19 and, like other annual events, it has been dressed up a bit for the birthday celebration.

Snow Roller Day will include the standards – kick sled and antique sled displays, sled rides on the lake, contests and games – along with a special ice skating party for children and a snow sculpture contest with a $100 prize. A snowmobile parade is also planned.

In March, local youth will begin designing a mural for the pump house, which they will paint, weather permitting, in April.

The second annual Beautification Committee Plant Sale is set for May 21 along with Memorial Day services to take place May 30. The Finnish Farmers Club will begin holding regularly scheduled dances, starting May 28.

The fall lineup includes decorating contests in both September and October. The Fall Festival Sept. 24 will include a town-wide scavenger hunt and a free meal for hikers to celebrate the town’s connection with the Appalachian Trail.

A cider pressing demonstration takes place Oct. 8 as well as a cemetery tour which includes highlights of restoration work being done. A pumpkin carving contest is set for Oct. 30, with pumpkins to be displayed in town that afternoon, followed by a costume parade and trick-or-treating.

In November, the town will honor veterans with ceremonies Nov. 11. The Kris Kringle craft fair, set for Dec. 3, will close out the year’s events. The fair offers residents and visitors the option of shopping with local organizations, crafters and artisans. The Monson Public Library will hold a kids craft fair the same day.