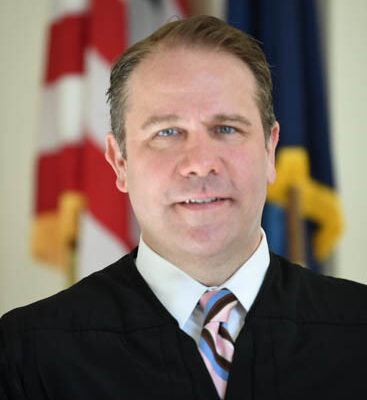 Contributed • November 21, 2021
By Caitlin Andrews, Bangor Daily News Staff A federal judge on Nov. 17 ruled that Maine’s practice of automatically unenrolling voters from political parties when their membership falls below a certain level is unconstitutional.

A federal judge on Nov. 17 ruled that Maine’s practice of automatically unenrolling voters from political parties when their membership falls below a certain level is unconstitutional.

The ruling from U.S. District Judge Lance Walker — a 1990 graduate of Foxcroft Academy — is a victory for the Libertarian party in Maine, which has struggled to hold onto its status as a political party.

Walker’s ruling held close to his initial ruling last summer when he determined the Libertarian plaintiffs pressing the case were likely to succeed on constitutional grounds, although he denied then a request to re-enroll roughly 6,000 former members of the party.

State law requires new parties to enroll at least 5,000 members the year before a general election and to have twice that number by the next election to hold a convention. Voters who have registered with the party are automatically unenrolled if the party doesn’t meet those thresholds.

Maine’s Libertarian party has gained and lost its party status twice since it first tried to establish itself in Maine in 2015. Walker did not find the state’s numerical requirements for maintaining a party to be unconstitutional. Nor did he disagree with the state’s requirement that parties collect signatures by Jan. 2 to qualify for the ballot.

But he did find the automatic disenrollment of voters if their party fails to double within a year burdensome to small parties, considering it is based on enrollment and not petition signatures gathered, and that people frequently unenroll from parties for a variety of reasons. He disagreed with Secretary of State Shenna Bellows’ argument that a party “disappears” when it falls below the required threshold.

“In the context of a less-restrictive ballot access regime than Maine’s forced disaffiliation might be little more than an administrative speed bump for small parties; but under Maine law, it poses a Jersey barrier,” Walker wrote.

The judge also wrote that Maine’s rules governing how candidates gain access to the ballot put minor party candidates at a disadvantage.

Candidates from smaller parties need to collect the same number of voter signatures as candidates from the state’s larger and well established parties to gain access to the ballot. But the minor party candidates can only collect signatures from voters enrolled in their party, giving them a much smaller universe of potential voters to ask for their signatures. Independent candidates have to collect double the number of signatures, but they can come from any registered Maine voter.

The ruling is the latest twist in a two-year legal battle over the state’s party enrollment practices.

The legal fight briefly saw the participation of 2020 presidential candidate Jo Jorgensen, a Libertarian who argued in a separate lawsuit that the state’s requirement for non-party candidates to collect 4,000 signatures was too onerous during the coronavirus pandemic. Jorgensen ended up collecting the needed signatures, and the complaint was dismissed.

It is not clear what the ruling will mean for the 2022 elections.

As of last winter only 56 Libertarians were enrolled in the party, according to Walker’s ruling. Democrats held a plurality of registered voters with 35 percent of registrants, according to the most recent state data, which is from November 2020. Thirty-one percent of voters were unenrolled.