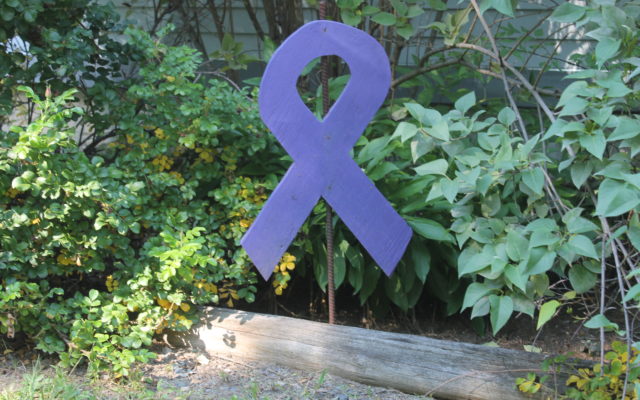 Contributed • November 21, 2021
By Abigail Curtis, Bangor Daily News Staff What’s in a name? Quite a lot, according to New Hope For Women, the midcoast domestic violence project that was founded 40 years ago. The organization is changing its name to better reflect modern abuse.

What’s in a name? Quite a lot, according to New Hope For Women, the midcoast domestic violence project that was founded 40 years ago. The organization is changing its name to better reflect modern abuse.

The agency will now be known as New Hope Midcoast, a name that’s intended to be more inclusive. The nonprofit group is the latest of several in Maine to move away from names that reflected a dated understanding of domestic violence.

“I think all of us here today recognize that domestic abuse doesn’t just happen to women,” Vera Roberts, the president of the board, said Tuesday during an online presentation about the name change. “It happens to everyone.”

According to the Maine Coalition to End Domestic Violence, nationally 1 in 4 women and 1 in 10 men will experience sexual violence, physical violence or stalking by an intimate partner that results in fearfulness, concern for safety or otherwise needing help in their lifetime. And here in the Pine Tree State, domestic violence assaults are reported to law enforcement every 2 hours and 22 minutes, according to MCEDV.

The board and staff members of the agency, which serves people in Waldo, Knox, Lincoln, and Sagadahoc counties, decided in early 2020 that it was time for a name change and began a lengthy process to settle on a new moniker.

“Ultimately, we think we landed on the best one,” Rebekah Paredes, the executive director, said. “We have been New Hope for more than 40 years. To keep those words, New Hope, felt really important to us.”

Other programs that have made similar changes in recent years include the Battered Women’s Project in Aroostook County, which changed its name in 2009 to the Hope & Justice Project, and Piscataquis County’s Womancare/Aegis, which merged with Spruce Run in Bangor in 2013. The Spruce Run – Womancare Alliance changed its name to Partners for Peace in 2017.

“I think there’s certainly a sensibility in domestic violence programs that they started as a woman’s movement,” Regina Rooney, the education and communications director for the Maine Coalition to End Domestic Violence, said. “While those are our roots and our core and our strength, we also want to be clear that we are here for everyone in the community.”

The coalition supports member agencies across the state and also advocates for policies that will hold abusive people to account and keep survivors safe.

Although domestic violence and dating violence have a long history, the modern movement in Maine to intervene and stop it began about 50 years ago.

Spruce Run was the first domestic violence project in Maine and just the third in the country when it was founded in 1973.

The new names also reflect a broader understanding of the work that the agencies do, she said. A movement to end domestic violence cannot, and shouldn’t, be separated from other social justice work.

“When we talk about ending domestic abuse and violence, we are talking about transforming the world,” Rooney said. “We’re certainly talking about patriarchy. It’s also deeply related to white supremacy, also deeply related to transphobia and homophobia. At its core, to end domestic abuse and violence, we’re really transforming the way our entire culture thinks and acts. It’s no small thing.”

The work of organizations such as New Hope Midcoast is a part of that transformation. The agency, which serves about 1,500 people annually, provides a 24-hour helpline, legal assistance, housing support, school-based services, community education and other services.

Staff members and volunteers said that despite the broad scope of work that they do, they have heard from people who have wondered if the agency really does serve everyone. Men who call the hotline frequently ask if they can get help, or if it’s only for women. The same is true for those who are transgender or non-binary.

“We need every aspect, including our name, to reflect that anyone is welcome to call,” she said.

Rooney said that changing names is one way that domestic violence programs are moving towards a more inclusive vision of justice for everyone.

“I think that it’s just a clarification of what’s been true for many, many years. That our programs serve people across the gender spectrum,” she said. “That’s what we’ve committed to do, and what we want to do. And we do it well.”