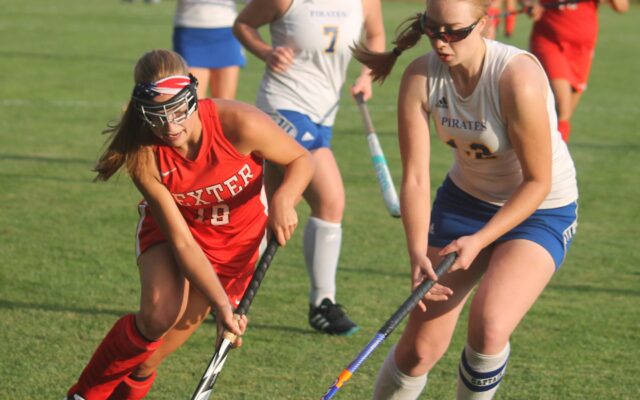 Contributed • November 18, 2021
Analysis By Larry Mahoney, Bangor Daily News Staff The University of Maine field hockey team deserved a better fate.  UMaine lost 3-2 in overtime at Miami University in Ohio in the first round of the NCAA tournament.

UMaine lost 3-2 in overtime at Miami University in Ohio in the first round of the NCAA tournament. In the last regular season National Field Hockey Coaches Association poll, UMaine was ranked 21st in the nation and Miami was ranked 25th.

So Miami should have been sent to Orono, where UMaine was 10-1 on its home field.

But it was predetermined that the winner of the game was going to play No. 2 Michigan in Ann Arbor two days later, and that the team was going to travel the 240 miles from Oxford, Ohio, to Ann Arbor by bus.

Regardless of the outcome, UMaine field hockey’s breakthrough this season to win its first America East title and NCAA tournament berth should put the program on a path to more titles and tourney appearances. The program’s ongoing success is bolstered by upcoming facility upgrades and the level of homegrown talent.

UMaine began the season 1-5 with four of those losses coming in overtime or double overtime to teams ranked in the top 25 in the nation, including Harvard, which will compete in the tournament semifinals later this week.

But the Black Bears won 14 of their next 16 games capped by a thrilling 2-1 shootout victory over nemesis Albany in the America East championship game. The AE tourney was held for the first time at the UMaine field hockey complex.

It was the 14th consecutive season that 15-year head coach Josette Babineau had led UMaine to the America East playoffs.

The NCAA appearance will undoubtedly help recruiting, as will the eventual upgrades to the field hockey facility — including a new field — as part of a $90 million gift from the Harold Alfond Foundation.

Perhaps the biggest factor that made this season’s accomplishment special is that nine of the 20 players on the UMaine roster are from the state of Maine, and five were either starters or in the regular rotation.

Over the past 10 seasons, the field hockey program has averaged 7.3 in-state players on each roster, the highest percentage of any UMaine team.

During that same period, the team has been the most successful one on campus, men’s or women’s, based on its regular season record against conference opponents.

UMaine’s last 10 field hockey teams are 50-18 vs. America East opponents for a winning percentage of .735.

Of the five regulars from the state on this year’s team, just one is from a Class A school: outside back Hannah Abbott of Portland’s Cheverus High. Forward Brooke Sulinski is from Class B Old Town High School, midfielder Abby Webber (Dexter Regional High School) and forward Sydney Meader (Boothbay Regional) are from Class C schools, and forward Madisyn Hartley is from Maine Central Institute in Pittsfield, which has been in B and C.

The work ethic and resiliency of in-state players has always been appealing to Babineau, and Garland’s Webber epitomizes that dedication and determination.

She played in just nine games her first two years and could have transferred to another school. But she persevered, improved and started 45 of 51 games her last three seasons.

Babineau, a Canadian, is an outstanding coach who has always done an exceptional job recruiting Canadians and she has also brought in international players like New Zealand back Poppy Lambert, whose 17 goals led the team.

They will be difficult to replace, as will Sulinski (11 goals, 4 assists).