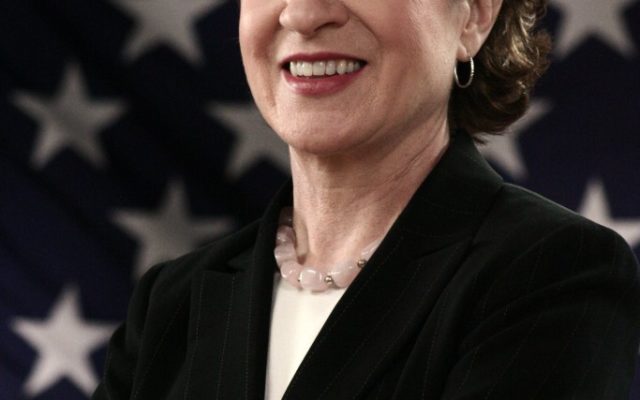 Last year, when many schools switched in part to at-home learning, a father of two school-aged children from Aroostook County told me about the difficulties his family faced due to a lack of broadband access. Because they simply could not afford the exorbitant $15,000 cost of connecting their home to the internet, his older daughter had to drive several miles into town every day just to find a strong enough signal to email her assignments to her teachers. Many of her classmates and her neighbors faced similar obstacles.

Internet service is either unreliable, too slow, or, in some cases, not available at all in too many Maine communities. As broadband becomes more integral to our everyday lives, this lack of access is not just an inconvenience and a source of frustration, but a major barrier to work, health care and education as well. This digital divide between urban and rural areas has been particularly evident and problematic throughout the pandemic.

During my visits to rural communities across our state, I have repeatedly heard from Mainers about the challenges caused by limited internet availability. Town managers have told me of employers who decided to locate their businesses and employ people elsewhere because of the absence of dependable high-speed internet service. A selectman on Swan’s Island said that Islanders were unable to participate in telemedicine programs that would have allowed them to receive care in the comfort of their own homes rather than making the trip to the mainland.

Although rural communities recognize the necessity of high-speed internet, few have the resources on their own to expand networks throughout their towns. As a result, the expense often falls upon local households.

The landmark infrastructure package signed into law on Monday will change that. I was a part of a group of 10 senators, evenly divided between Republicans and Democrats, who authored this legislation. The bill will make historic investments in our roads, bridges, airports, seaports, rail, and water treatment systems. One of the most significant provisions for Maine, however, is the $65 billion investment to expand high-speed internet access to unserved areas of our country, mostly in rural areas, and to improve service in underserved communities. This will make a real difference in the lives of Mainers.

I led the negotiations on broadband with Sen. Jeanne Shaheen, D-New Hampshire, consulting with our colleagues and the Biden administration. We included funding for both deployment as well as affordability.

Every state will receive a minimum of $100 million in grants that will give them the flexibility to build out broadband networks to reach rural regions. States will also be eligible for additional funding based on their proportion of unserved and high-cost areas. Based on a preliminary estimate, Maine stands to receive approximately $300 million to help expand high-speed internet service to nearly every corner of our state.

To incentivize projects that are well thought-out and sustainable, states will provide a 25 percent match. Projects must also be designed to be “future proof,” meaning that the infrastructure installed must be capable of delivering higher speeds as broadband accelerates. This will ensure that federal tax dollars are used to help build networks that serve rural Americans now and in the decades to come without having to rebuild every time the technology advances.

These grants will not only make broadband accessible, but affordable as well. Expansion projects will be required to offer an affordable option for lower-income families.

This legislation is good for America. These transformational broadband expansion projects will better connect families, friends, coworkers, employers, health care providers, students and educators. By working collaboratively and across the aisle, Congress demonstrated that it can deliver real results for the American people.