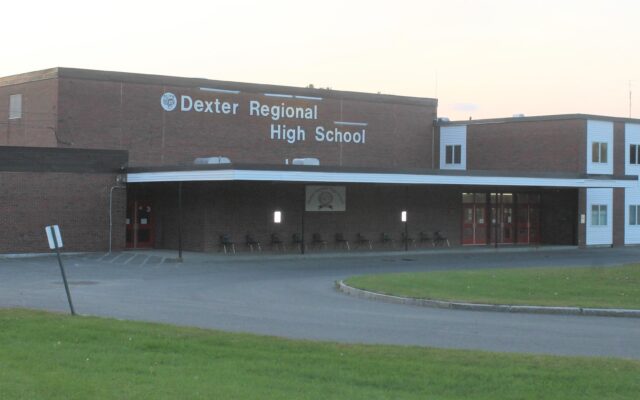 Valerie Royzman • November 17, 2021
A committee dedicated to consolidating at least three high schools in central Maine into one modern regional facility that would be the first of its kind in the state is close to adopting a governance structure.  Meetings to decide such matters are ramping up after COVID-19 slowed the process last year.

A committee dedicated to consolidating at least three high schools in central Maine into one modern regional facility that would be the first of its kind in the state is close to adopting a governance structure.

Meetings to decide such matters are ramping up after COVID-19 slowed the process last year.

The regional high school involving School Administrative District 4 in Guilford, SAD 41 in Milo and SAD 46 in Dexter got the go-ahead from the Maine Department of Education about a year ago.

The group of school districts originally applied for the project in 2017 and was rated third on the Major Capital School Construction Program priority list but moved up after the state scrapped two similar projects in Aroostook County. Now district administrators, principals and others are crafting a plan that draws on lessons learned from attempts in St. John Valley and Houlton and benefits all of the communities involved.

“We haven’t reached a point where we’re ready to make a [governance structure] recommendation to our school boards yet,” SAD 46 Superintendent Kevin Jordan said, though committee members discussed it extensively at their latest meeting Monday.

The committee is leaning toward adopting a community school district, or a CSD, he said. Whether they select this governance model or another, he suspects the committee will need special consideration from the Maine Legislature if the structure doesn’t perfectly fit within current law.

“The vision is pretty clear at this point,” Jordan said. “We’re getting down to that next level of governance structure, what are the positions that are a necessity in the building, who’s going to be on the school board, how’s the voting going to work, some of those innerworkings. Then moving on to the site.”

A fourth school district, Regional School Unit 64 in Corinth, may join the project, but the school board has not officially voted to participate. If RSU 64 decides to partake, the new regional facility would serve about 900 students between the four schools: Dexter Regional High School, Penquis Valley High School, Piscataquis Community High School and Central High School.

The regional high school would be integrated with a career and technical school along with the University of Maine system and the Maine Community College system, and it would support industry training programs, according to a description on the DOE’s website.

“There’s always been a look at regional projects, particularly at the middle school and high school level,” said Scott Brown, DOE director of school facilities for the Major Capital School Construction Program. “That’s not new. This is more advanced.

“It’s a broader region and a more comprehensive, inclusive approach to education, potentially with more programming [and] more access to career technical opportunities.”

The state will fund the project, though certain features and customizations to the school would likely need to be funded locally, Jordan said.

The regional high school, which would serve grades 9-16, is attractive for a number of reasons, including that post-secondary courses would be available to area residents. Somebody who graduated from high school 15 years ago, for example, could continue their education at the facility, Jordan noted.

When the districts first began brainstorming what a regional high school would offer, they collected labor projection data from the state to better understand emerging markets and careers, SAD 46 Curriculum Director Matt Drewette-Card said. They created 20 “career-oriented clusters” that students would be exposed to during their first two years of high school, before narrowing their path of interest, he said.

Participating school districts hope the new school would provide a talented group of future employees to the region and bolster the economy. It might also draw more families to rural communities.

In initial conversations with businesses, including those outside the more rural communities involved, in places like Augusta and Bangor, many indicated they would be eager to partner with the new high school, Jordan said. They would offer apprenticeships, internships and other opportunities.

Students there were gaining experiences meant to prepare them for careers and pathways following high school graduation. For example, students in an automotive program were doing maintenance on a local car dealership’s customers’ vehicles. Their facility was impressive and rivaled most in Maine, Jordan noted.

“The folks we took down on those trips were just astounded with what they saw,” SAD 46 Assistant Superintendent Patrick O’Neill said. “I can remember one of our board members said, ‘Why aren’t we doing this for our kids in Maine?’”

A regional high school with well-developed programs would also help career technical centers that are facing various challenges. O’Neill, who used to serve as director of the Tri-County Technical Center in Dexter, highlighted aging facilities, lack of space and costs associated with updating equipment and growing programs.

If this project flourishes, O’Neill predicts the nearly 30 career technical centers across the state will eventually shrink to several regional high schools or similar models.