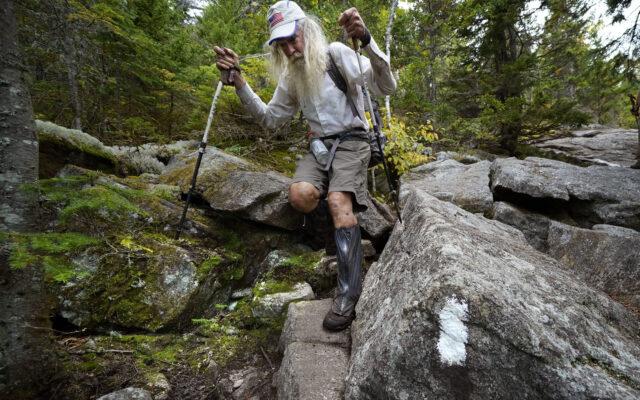 At a time of low expectations, look to the people who keep exceeding them

Contributed • November 14, 2021
By BDN Editorial Board Perhaps it’s just the loss of an hour of daylight at the end of the day, but things feel a bit Dickensian at the moment. COVID hospitalizations have reached a record high in Maine, people are rightfully worried about the rising costs of heating their home this winter, evictions are exacerbating existing housing challenges and world leaders are jetting across the globe in the name of decreasing emissions.

Perhaps it’s just the loss of an hour of daylight at the end of the day, but things feel a bit Dickensian at the moment. COVID hospitalizations have reached a record high in Maine, people are rightfully worried about the rising costs of heating their home this winter, evictions are exacerbating existing housing challenges and world leaders are jetting across the globe in the name of decreasing emissions.

We’ve reached the point where we don’t really have great expectations, particularly for those in power. But every so often, a story of someone remarkable comes along, challenging this pessimistic view that would otherwise set low expectations and buy into an uninspired view of what people can accomplish.

An 83-year-old isn’t likely to hike the entire Appalachian Trail, for example. That’s a statement we would have probably agreed with, until this month. M.J. “Sunny” Eberhart became the oldest person to hike the entire 2,193-mile trail. The retired optometrist from Alabama was feeling his age at times on the trail, which he hiked in sections over the course of 25 years, but it didn’t stop him.

“I’ve got a couple of skid marks on me, but I’m OK,” he said recently, as reported by the Associated Press. “You’ve got to have an incredible resolve to do this.”

That’s pretty on-brand for a guy who’s trail name is Nimblewill Nomad. So too is a quote attributed to him from a hiking friend, following a tumble that led to a bloody elbow: “Do you think if I complain about it it will go away?”

Eberhart’s record breaking reminded us of a recent project from Downeast magazine. While there is no shortage of other lists celebrating people who have accomplished great things at a young age (think “30 under 30”), the magazine put together a refreshing “70 over 70” list for its November recognizing inspirational Mainers over the age of 70.

On the cover of that November issue was Virginia Oliver, the 101-year-old woman still hauling lobster traps on the Maine coast and winning fans around the world. And as she told the AP a few months ago, she has no plans to stop.

“I’ve done it all my life, so I might as well keep doing it,” Oliver said.

“I like doing it, I like being along the water,” she also told the AP. “And so I’m going to keep on doing it just as long as I can.”

Conventional wisdom, or at least conventional expectations, would trap us into thinking that Oliver should have stopped lobstering long ago. But she keeps defying those expectations with a smile on her face.

It’s not just people with a few years under their belt who are smashing notions of what society has for too long deemed possible for someone in their situation. Chris Nikic, 22, became the first person with Down syndrome to complete an Ironman triathlon last year, and turned his sights (and legs) to the Boston and New York marathons, which he completed this year.

“I’m running to make a difference and I’m running for the kids who are going to open up the sport and the right to be included and not be excluded,” Nikic told WABC-TV in New York.

“We never realized that he was capable of that. I’m just being honest. We accepted society’s limits on him and we acted by accepting those limits,” his father, Nik Nikic, said about his record-setting (and expectation smashing) Ironman accomplishment. This father-son team has written a book with a message about “getting better 1% at a time.”

These are just a few examples of people not accepting the limits society might normally place on them — on the trail, on the boat and on the course. And at a time of low expectations, they raise the bar.