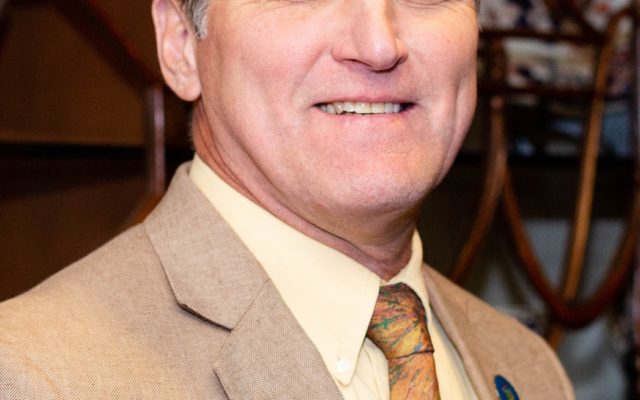 In a Jan. 22, 2020 presentation to the Maine Legislature’s Energy, Utilities, and Technology committee, Dr. Richard Silkman presented his roadmap for Maine meeting its zero carbon clean energy goals by 2050 requiring an estimated 15000 MW of electrical energy. His plan, which has been adopted by the Governor’s Energy Office and the majority party in Augusta, would do so using solar and wind power generation, with battery storage. When asked, he said this plan laid out in his publication, A New Energy Direction for Maine, would require 40,000 to 45,000 acres of solar panels, 400 to 500 on shore 600-foot wind mills, and over 400 off shore 12MW wind mills. These numbers have never been disputed when I’ve brought them up during committee deliberations, House floor debate, or discussions with the Governor’s Energy Office.

Solar power in Maine is at best 26 percent efficient due to length of day, average cloud cover, latitude, etc. Solar panels lose up to 2 percent efficiency per year of service with an expected life of 20-30 years. Although the Legislature rescued Mainers from the threat of single use plastic bags, there was little to no majority party interest in two bills put forward to address recycling the approximately 2.1 million pounds of material required for 45,000 acres of panels.

On shore wind power in Maine is about 40 percent efficient due to wind patterns, days without sufficient wind speeds, days with too high wind speeds, etc. Numbers I’ve seen on current Maine wind farm production fall below that. Offshore windmills in the Gulf of Maine are projected by supporters to be 60 percent efficient due to better wind patterns, wind speeds, etc. I understand this is based on numbers achieved in the extreme weather area of the North Sea.

Hydro power is not only capable of supplying power to meet cyclical demand 24/7, but is 80 to 90 percent efficient, with larger generation facilities above 85 percent. Contrary to wind or solar, no other energy storage is required besides the potential energy provided by the water and gravity.

The Clean Energy Corridor is planned to supply 1,200 megawatts of hydro power to the ISO New England grid, which Maine generation facilities supply power to and most Maine consumers receive power from. Some generators in Maine, such as the 56 windmills near Bingham connecting to a sub-station in Guilford and supplying power to Connecticut, were built by and for other states to meet their green energy goals.

Replacing the energy the NECEC will carry to our grid through the 1,200 acres of newly cleared right of way would require an equivalent 7,200 acres of solar panels plus land for spacing, roads, power lines, substations, etc. An equivalent amount of power from onshore wind farms would require 112,500 acres. These numbers come from Dr. Silkman and wind energy proponents.

We’ve all heard many so-called facts from both sides of Question 1. As a member of the EUT Committee in Maine’s Legislature, I thought it important to provide this information to those who may not have it, as they consider how to vote on this important matter. Because I find it difficult to support occupying so much of Maine’s farmland and hill tops with highly subsidized solar and wind power versus other more dependable and much less expensive forms of energy generation, I’ll be voting no on Question 1.