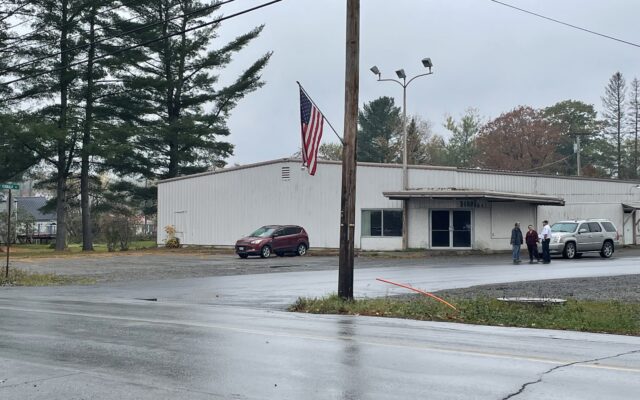 Contributed • October 22, 2021
By Lia Russell, Bangor Daily News Staff CORINNA — A fire department that serves Corinna and Exeter could receive as much as $1.7 million from the federal government to upgrade a building into its new headquarters.

CORINNA — A fire department that serves Corinna and Exeter could receive as much as $1.7 million from the federal government to upgrade a building into its new headquarters.

U.S. Sen. Susan Collins, R-Maine, announced that she had secured $1.7 million for the town of Corinna to relocate its fire department through her position as a ranking member of the U.S. Senate’s Appropriations Committee.

The potential Corinna funding is included in the Fiscal Year 2022 Agriculture, Rural Development, and Food and Drug Administration Appropriations bill, which passed the Appropriation Committee in August. If the Fiscal Year 2022 bill passes the full Senate and House of Representatives, Maine — including Corinna — would receive almost $300 million for various earmarked projects.

Corinna’s current fire building is small and outdated, Collins said on Oct. 22 during a tour of the building slated to be renovated into the new fire station. It’s located on Fernald Avenue, across the road from the fire department’s current Exeter Street headquarters.

“Clearly they need new facilities. This building was built in 1952,” she said of the Exeter Street building. “The fire trucks and tankers are much bigger, heavier, and longer nowadays, and they do not fit easily in that building.”

In addition, the building has problems with flooding, as the sewer system often backs up, and parts of its concrete floor are starting to crack, Collins said.

A new building would allow the fire department to continue serving the towns of Corinna and Exeter, as well as the six other area towns with which the department has mutual aid agreements, Collins said.

Corinna Town Manager Lois Jones previously said the $1.7 million would allow the town to avoid having to raise taxes to fund the renovation. Both Collins and U.S. Sen. Angus King, I-Maine submitted earmark requests for the funding.

Fire departments across Maine have been struggling in recent years to maintain their rosters, sometimes turning to regionalization as a solution. The staffing challenges extend to other first responders as well, like police officers and paramedics.

Corinna appears to be an exception.

He attributed his department’s ability to retain its volunteer roster to both a legacy of Corinna residents encouraging their children to become volunteers, and to the Tri-County Technical Center in Dexter, which offers a firefighting program to high school juniors and seniors.