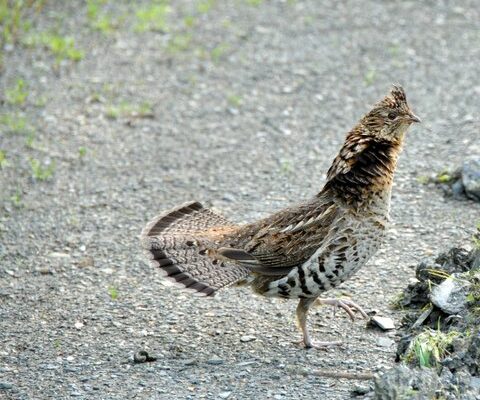 It should be another productive fall bird hunting season in Maine.

At Bowlin Camps Lodge in Patten, the recent hunting focus has centered around black bears, with an emphasis this week on the moose hunt.

That said, Bowlin Camps manager David Jacobsen has had a few grouse hunters in camp and anticipates another strong year of partridge and woodcock hunting in his neck of the woods.

“As far as all the hatches that we’ve seen this summer and fall, I think it’s going to be a real decent season again this year, and there are woodcock around, also,” he said.

Grouse were plentiful around Patten a year ago, which Jacobsen described as above average, and indications are hunters should expect to see a similar number of birds this fall.

Grouse numbers vary from region to region, depending on the availability of habitat and because of the differences in the spring weather around the state.

Wildlife biologist Brad Allen, bird group leader for the Maine Department of Inland Fisheries and Wildlife, said chick survival among grouse is good in areas where conditions are relatively dry. What challenges their ability to stay alive is wet, cold conditions.

Grouse numbers are promising in the Moosehead Lake region, where DIF&W biologist Scott McLellan gave Allen “two thumbs up,” as well as in the southern part of the North Maine Woods.

Allen, who was in Aroostook County this week doing some duck hunting, said grouse populations in northern Maine, which can be outstanding, might be a bit more spotty this fall.

“I know it was wetter up there, so that challenges the birds a bit but, all in all, it was a pretty dry, warm summer and that’s a good thing,” Allen said.

Allen was willing to provide hunters with some tips that can help them have a successful grouse hunting outing.

Finding the road less traveled is important, since heavy vehicle traffic and high-speed travel tend to push birds farther from the roadway.

“If you find a washout that nobody’s driving beyond, that’s a perfect spot to park your car and walk the road and listen and look,” Allen said.

The same can be said for abandoned roads, sometimes denoted by a dotted line on a map. Fewer vehicles mean less traffic and reduced hunting pressure.

Finding the right mix of habitat is of the utmost importance. Grouse like covers that include aspen and birch trees and they also are fond of clover and strawberries on the side of the road.

Low spots where streams cross the road, and which might be flanked by alders, also often hold birds.

Weather conditions definitely affect hunting dynamics, as grouse are less likely to come to roadsides and are more inclined to remain in cover.

For hunters who like driving the roads, there is another key piece of intel that can significantly improve their chances of seeing, and hopefully shooting, more grouse.

“Go a lot slower than you normally would,” Allen said. “People tend to road hunt looking for that bird standing in between the two tracks of the road, but if you go slow and look on the side of the road and back in the woods 5 or 10 yards, a lot of times that’s where the birds are.”

When scanning the trees and bushes for birds, being able to recognize the pointed feathers on top of a grouse’s head sticking up against the backdrop can yield more birds.

It can be a challenge, but the more often a hunter can find places to hunt where there are no other vehicles or people, the better the odds of seeing more grouse.

“Find a few places to stop and walk, because you’ll hear the birds back in the woods better and get a little exercise at the same time,” Allen said.

Hunters can take grouse through Dec. 31, while the woodcock season closes on Nov. 16.