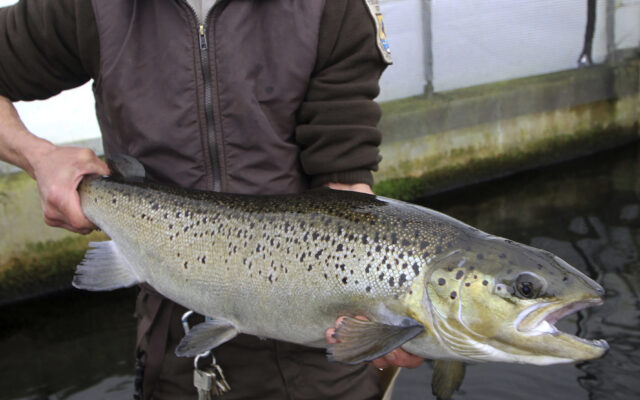 WASHINGTON, D.C. — U.S. Sens. Susan Collins, R-Maine and Angus King, I-Maine announced that four organizations have received a total of $900,000 to restore habitats for endangered Atlantic salmon in Maine. This funding was awarded through the National Oceanic and Atmospheric Administration.

“Atlantic salmon are a critical part of our state’s marine ecosystem, but they are endangered and at risk of extinction,” said Collins and King in a joint statement. “These fish help to ensure the health of our rivers and oceans that Mainers and wildlife depend on. We welcome this funding, which will help to conserve and restore wild Atlantic salmon and their ecosystems across the state.”

While the projects receiving funding target Atlantic salmon habitat restoration, they will also be beneficial to other native species such as river herring, sea lamprey, American shad, and American eel. The funding is allocated as follows:

The Nature Conservancy received $250,000 to remove the Guilford Dam. In doing so, the non-profit will be reconnecting habitat for Atlantic salmon in the Piscataquis River watershed, restoring access to high-quality habitat, and improving fish passage.

The Atlantic Salmon Federation received $213,854. This funding will go towards five projects that aim to restore access to salmon spawning habitats in the Kennebec River watershed, as well as a fish passage feasibility study at the Chesterville Wildlife Management Area Dam on Little Norridgewock Stream.

The Downeast Salmon Federation received $131,000 to aid in their fish passage feasibility studies at the Cherryfield Ice Control Dam on the Narraguagus River and the Gardner Lake Dam on the East Machias River. These studies will support future Atlantic salmon habitat restoration in these areas.

According to NOAA, the Atlantic salmon, specifically the Gulf of Maine distinct population, is one of the most at-risk endangered species, with only about 1,200 returning each year. NOAA explains that opening passages to fish habitats will allow them to migrate, reproduce, and grow their population.