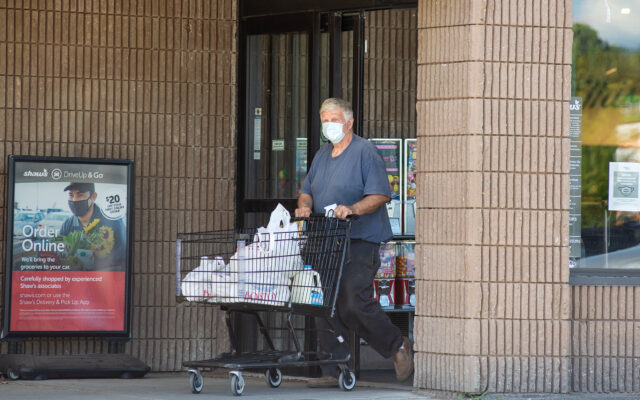 Contributed • August 26, 2021
By Lia Russell Piscataquis, Penobscot and Waldo counties have had the highest rates of new coronavirus cases in recent weeks as the highly contagious delta variant has taken hold and the counties’ lower-than-average vaccination rates have persisted. The U.

Piscataquis, Penobscot and Waldo counties have had the highest rates of new coronavirus cases in recent weeks as the highly contagious delta variant has taken hold and the counties’ lower-than-average vaccination rates have persisted.

The U.S. Centers for Disease Control and Prevention now considers all three counties, which were often spared the worst of the pandemic earlier on, areas of high transmission — the highest possible level on the agency’s scale.

Aroostook County, where the academic year has largely already begun and where some schools have already gone remote or delayed their openings, is in the same category. The County’s infection rate over the past two weeks isn’t far behind the rates in Piscataquis, Penobscot and Waldo counties.

However, it’s difficult to pinpoint why these counties in particular are seeing the highest rates of spread right now.

Piscataquis, Penobscot and Waldo have also recorded some of the highest test positivity rates in the past two weeks — an indicator of how widely the virus is spreading among the local population. Some 9.5 percent of Piscataquis County virus tests came back positive in the past two weeks, compared with 4.2 percent statewide.

On Thursday, the 90 new cases recorded in Penobscot County marked the highest number of new cases in a single day since Jan. 14 — during a surge before vaccinations were widely available — when the county recorded 123 new infections.

“It produces up to 1,000 times more copies of itself inside us when we get infected,” he said.

Most of the COVID-19 cases Northern Light’s 10 hospitals are seeing are in younger patients and patients from rural areas where vaccination rates are lower. Northern Light Eastern Maine Medical Center in Bangor on Thursday had 32 COVID-19 patients, nearly triple the 13 patients it had two weeks before, according to the system.

Still, it’s difficult to pinpoint how exactly the virus has proliferated so quickly in these areas. Jarvis said he was unaware of any major outbreaks or large events that may be at fault.

A Maine CDC spokesperson said the agency was not aware of any cases tied to larger events recently in the Bangor area such as the indoor bull riders’ convention at the Cross Insurance Center in late July, or either of the two outdoor waterfront concerts on Aug. 5 and Aug. 19.

The Maine CDC is looking into five virus outbreaks in the three counties, according to spokesperson Robert Long. However, those outbreaks account for 85 cases altogether — a fraction of the nearly 1,300 new cases the three counties have seen in the past four weeks.

“We’re just seeing that much more virus out in our communities,” Jarvis said.

Vaccination rates are likely another factor in the counties’ virus transmission. While Maine is one of the most vaccinated states, some pockets of vaccine-resistant communities persist.

The vaccination rates in Piscataquis (58 percent of eligible residents), Penobscot (64 percent) and Waldo (66 percent) counties are all below Maine’s statewide rate of 70.8 percent.

Those rates may sound high, but it means there are just enough unvaccinated people to continue spreading COVID-19, said Dr. Robert Horsburgh, a professor of epidemiology at Boston University.

“The problem with the delta variant is that people are excreting more organisms, and when that happens, it’s more likely that their contacts will get infected,” he said.

Cumberland County, the state’s most vaccinated with 83.5 percent of eligible residents fully vaccinated, has seen the second lowest rate of new cases in the past two weeks — 9.63 new cases per 10,000 people compared with 50.64 in Piscataquis, which is Maine’s second least vaccinated county after Somerset.

“My ideal target is 80 percent,” Horsburgh said. “But would I like to see more than that? You bet.”