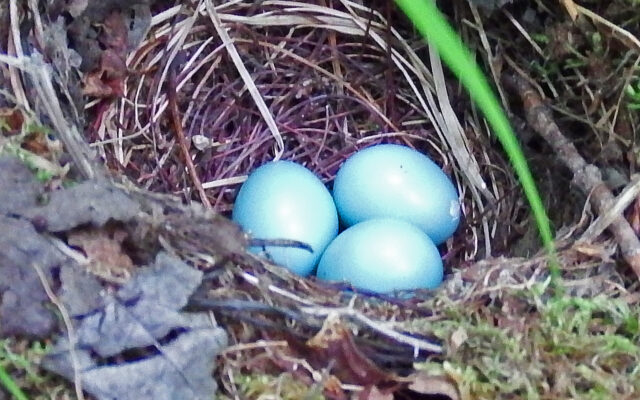 Even dead woodpeckers will cling to a tree

Contributed • July 26, 2021
By Bob Duchesne I was surveying a block on the southeast side of First Roach Pond in Kokadjo, when I noticed a downy woodpecker clinging to a roadside tree, about 4 feet off the ground. Its head was turned, its bill across its back in normal napping fashion.

I was surveying a block on the southeast side of First Roach Pond in Kokadjo, when I noticed a downy woodpecker clinging to a roadside tree, about 4 feet off the ground. Its head was turned, its bill across its back in normal napping fashion. On my return 45 minutes later, it was still there.

As I approached, I noted that it was in classic cling-to-a-tree posture – two toes in front, gripping the tree, two in back doing likewise. Its tail was properly braced against the bark.

But it was dead, apparently from natural causes. From this, I learned that woodpeckers are so well-adapted to a life of banging their heads against trees, that they can grip the tree even after dying. Amazing.

The Maine Bird Atlas is a five-year project of the Maine Department of Inland Fisheries & Wildlife to map our breeding bird population. The entire state is divided into survey blocks, adopted by volunteers who document all the baby-making birds they can find. The data yield valuable clues to landscape changes over time, usually due to environmental, habitat and climate changes. Because my wife and I like birding the remote corners of Maine, we’ve been birding the deep woods from Greenville to Jackman for the last four summers.

I’ve learned that humans aren’t the only ones who speak baby-talk to toddlers. Chickadees are loath to reveal their nesting cavities, and go almost silent in June. But the moment the kids leave the nest in July, they chatter up a storm. Furthermore, they make whiny-chitter noises with the kids that they don’t make the rest of the year. I can now tell instantly when a newly fledged family is foraging together. Red-breasted nuthatches do this, too.

I’ve learned to recognize American crow fledglings. Until this year, I was perplexed. If you see a group of five crows, how do you know if it’s a family or just a group of old crows getting together for poker night? Crows typically raise three offspring each year, so a group of four or five crows is a likely family. But there is a better clue. I noticed that some crows are molting, others are not. Of course. After an exhausting season of child-rearing, the adults need to molt their worn out feathers and grow new ones. By definition, the young ones already have new feathers, and aren’t molting. The young crows are the shiny black ones that aren’t losing feathers. I discovered it happens with common ravens, too.

I’ve learned that warblers can sing, even with a mouthful of caterpillars. I watched one black-throated green warbler crooning away with a caterpillar the size of a cucumber in his beak. Let’s see that on “America’s Got Talent.”

Doing surveys for the Maine Bird Atlas is a different kind of birding. It’s total immersion. From June 1 until today, I’ve done little else. The volunteer effort has given me a deeper appreciation for how the nesting season unwinds. It seems simple enough — migrants return from the tropics, woo mates, lay eggs, hatch babies and eventually head south again. In reality, all the birds are on very different schedules.

Flycatchers are in a rush, anxious to complete the breeding cycle while there are still plenty of insects to snatch in the spring air. Most stopped singing weeks ago. Warblers are a little more relaxed. Many supplement their insect diets with spiders and caterpillars gleaned from leaves, so their season of plentitude is a little longer. Some are still singing, and a few are even raising a second brood. Thrushes are even more casual about their timetables. I found hermit thrush nests still laden with eggs while other thrushes were completely done raising their family. There was considerable variation on when woodpeckers got off the nest, too.

I’ve learned to expect the unexpected. Last month, I discovered that a bull moose bellows louder than I thought. Earlier this month, I saved a fawn’s life when it ran right by me, and the coyote chasing it decided not to. A day later, a three-legged bear walked out of the woods just 50 yards away. It was missing its right front leg. I merely said “hello bear,” and that was enough to convince her to return to the trees. She wasn’t a big bear — just a 3-footer. (Rimshot.)